Natural Proteins that spontaneously Produce Light will be developed for the Diagnostic Imaging, Food, Beverage, and Cosmetic Markets Worldwide. 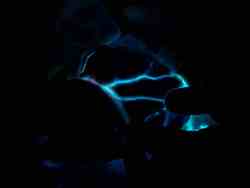 BioLume, Inc. (BioLume®) announced it has been assigned or exclusively licensed the rights to more than forty (40) U.S. and foreign patents covering natural bioluminescent proteins and related substrates from Prolume, Ltd (Prolume). These patents include both compositions of matter and methods of use claims. BioLume's exclusive field of use covers diagnostic imaging, and all food, beverage, cosmetic applications. BioLume's mission is to develop and commercialize this portfolio of proprietary bioluminescent (light producing) proteins, and related technology.

"BioLume is developing new applications of a commercial technology routinely used in other life science areas," said Terry E. Willard, President and CEO of BioLume. "This alleviates the time, cost and risk of research, and shortens time to market."

Prolume owns the world's largest collection of genetic cDNA libraries cloned from bioluminescent deep-sea marine organisms that create their own light. Prolume's bioluminescent proteins are all natural chemistry that are prominent in the ocean's food chain, and thus, routinely consumed by man in many species of fish. Many of these same bioluminescent proteins have broad, well-established applications in biomedical research and drug discovery, and are currently used by many of the largest pharmaceutical companies in the world. Prolume holds exceptionally broad, worldwide patents covering the use of any bioluminescent proteins within its proprietary uses.

The consumer markets covered within BioLume's exclusive field of use are very large and growing. The broad and diverse consumer applications within foods, beverages, and cosmetics represent huge first-in-class product opportunities. There are no edible bioluminescent products on the market today. BioLume has trademarked the brand name Lumoness™ for the combination of chemistry that produce the bright, luminescent glow. BioLume has already conducted preliminary safety testing of Lumoness in various animal models.

Biolume's bioluminescent proteins have broad application in diagnostic imaging as a non-radioactive contrast agent. These include molecular imaging which represents a paradigm shift in the focus of medical imaging from the visualization of anatomy and physiology to the study of metabolic and physiological processes, such as cancers, often in real time. This allows for early diagnosis of disease even before there are symptoms or anatomic masses such as tumors. Plus, molecular imaging can be used to monitor disease progression and the efficacy of drug therapy non-invasively. Another example of so called bioluminescent imaging (BLI) is vascular imaging as an alternative to fluoroscopy in many applications, including surgery. There are many published articles on the subject, many using BioLume's proprietary technology, demonstrating BLI research interest. BioLume has trademarked the brand name TumorLight™ for the diagnostic imaging applications.

BioLume plans to partner certain consumer applications of its technology based on segmentation of the food, beverage, and cosmetic markets, both domestically and internationally. A number of product prototypes have already been developed for illustration purposes. In parallel, BioLume will complete the safety testing necessary for a Food and Drug Administration petition as a food additive. BioLume may reserve one or more consumer segments for its own commercial interests.

Diagnostic imaging development will be pursued either internally or through a grant from the National Cancer Institute for pre-clinical testing. BioLume is currently testing its bioluminescent technology for various imaging applications in animal models using commercially available charge-coupled device (CCD) cameras.

BioLume is currently seeking funding from strategic partners and/or investors to finance the regulatory approval, manufacturing scale up, and commercialization of these proprietary bioluminescent proteins for the consumer and imaging applications.

About BioLume, Inc.
BioLume® is a private biotechnology company located in Research Triangle Park, NC. Our mission is to develop and commercialize a portfolio of proprietary bioluminescent (light producing) proteins and related substrates with many first-in-class applications in the food, beverage, cosmetic, and diagnostic imaging markets. BioLume is guided by successful, serial entrepreneurs from the biotechnology industry. Visit BioLume's website at http://www.biolume.net.