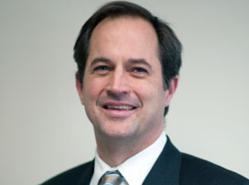 Fatigued driving not only puts the driver and all passengers at risk. But it also poses a danger to other vehicles on the road.

The issue is even more urgent at the approach of Thanksgiving and the holiday season, which means clogged highways, long-distance travel and disrupted sleep schedules for many, the veteran Alabama personal injury lawyer said.

To raise public awareness of the issue, the National Sleep Foundation recently designated the second week of November as “Drowsy Driving Prevention Week.”

“People all over Alabama will be getting in their cars during the Thanksgiving holiday to visit family, friends and loved ones,” says Belt, whose Birmingham personal injury firm represents people who have been injured or lost loved ones in Alabama car accidents.

“Many will be driving at night, over unfamiliar roads and for long stretches of time. Drivers must make sure they are alert and rested before they take off,” Belt said.

The National Sleep Foundation’s 2012 Sleep in America poll found that an alarming number of vehicle operators attribute sleepiness to job mishaps, including commercial drivers. For instance, one in six truck drivers (14 percent) say that they have had a “near miss” due to sleepiness, according to the poll.

Fifty-two percent of car drivers, meanwhile, admit to driving while sleepy. One-third say they have done it within the past month.

“Fatigued driving not only puts the driver and all passengers at risk,” says Belt, whose firm has recovered millions of dollars on behalf of car accident victims. “But it also poses a danger to other vehicles on the road.”

For those planning to drive during the holiday season, Belt provides the following safe driving tips from the National Sleep Foundation:

“Even the safest driver can be a victim of someone else’s negligence,” says Belt, who has been named a Top 100 Trial Lawyer by the American Trial Lawyers Association and an Alabama Super Lawyer. “If your Thanksgiving holiday is disrupted because someone carelessly drove while drowsy, it is important to contact an Alabama car accident lawyer to discuss your legal rights and options.”