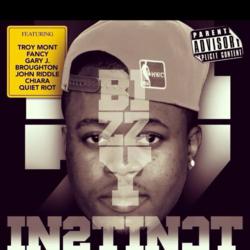 Coast 2 Coast Mixtapes announce the release of the “Black Is Beautiful” music video by hip-hop artist Bizzy. The video is now available for view on YouTube. The single is produced by John Riddle and features R&B singer Fancy.The video pays homage to black culture and important Black leaders.

Christopher Chi “Bizzy” Anamezie is a Nigerian born rapper who has received thousands of views on his SoundCloud page. He discovered his passion for writing and rapping at the age of nine. As Bizzy got older, he found himself spending time in the studio after classes and began participating in rap battles and performing in competitions. After graduating college, he decided to move from his home country to expose himself to different cultures, people and to pursue his lifelong passion of making music more seriously. Bizzy settled in Rome and began working with the band Matemu to mold his personal style.

Determined to make a name for himself in the music industry, Bizzy works hard to set himself apart from competition. His debut mixtape “Instinct” featured various artists including Troy Mont, Fancy, italian soul and pop vocalist Chiara and Gary J. Broughton the U.K singer of "48 Hours.” He works heavily with Romanian producer John Riddle and has plans to release several projects this year. Keep up with all Bizzy updates by following him on Twitter.