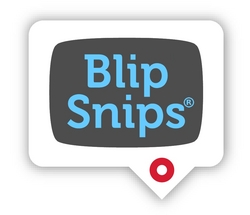 “People engage more with content, including video, when surfaced through people they trust. We’re just starting to witness what’s capable when products are designed to be social from the ground up.” – Justin Osofsky, Director Media Partnerships, Facebook

BlipSnips®, a 2010 graduate of the mentor-led technology accelerator program TechStars, today announced the release of its BlipSnips for Facebook product suite allowing consumers to create videos using their iPhones, mark their favorite moments, tag their friends and post the videos immediately to their friends’ Facebook walls – as well as allowing those friends to tag the same videos and share them with additional networks of friends, making the app highly social.

BlipSnips also recently announced that Chris Kelly, former Chief Privacy Officer at Facebook and a lead investor in BlipSnips, has been appointed a senior advisor to the company’s Board of Directors.

“The idea of social photography has existed for many years, but as video grows into such a dominant medium on the web, BlipSnips has brought much of that same social functionality to video for the first time,” said Kelly. “Now we can create, annotate and share video with many friends in just a few clicks and that represents a seismic shift in how video becomes social and how consumers can use video.”

The apps emerged out of BlipSnips’ CEO, John Bliss’s own personal experience when he received a long video of a cycling race he’d participated in. Bliss grew frustrated with how long it took to scroll back and forth through the video to identify himself in the race. He wanted to be able to tell the friend who’d sent him the video that he indeed saw himself in the race, but it was taking too long to view. Bliss knew that there had to be an easier and faster way for people to share video moments.

"Internet users spend more time on social networks and with online video than any other activity on the web,” said Bliss. “Yet, to date, this has been a passive, unsatisfying experience. BlipSnips is the first app to make video truly social, by sharing moments in video and tagging friends that appear in those moments, and doing so where people want to be social – from their mobile devices and on Facebook."

Justin Osofsky, Director of Media Partnerships at Facebook added, “People engage more with any type of content – including videos – when it's surfaced through people they know and trust. We’re just starting to witness what’s capable when products are designed to be social from the ground up.”

The TechStars startup first launched its video sharing and commenting service upon graduating the 2010 summer class in August. The platform provides Internet users the ability to mark, caption and share their favorite moments of online video within their social networks and to embed their video content within blogs and websites.

BlipSnips’s move into Facebook brings their features to the fastest growing video hosting and consumption platform in the world. The integration also exploits many of the latest aspects of the Facebook platform’s Open Graph protocol to provide new abilities surrounding Friend Tagging within key moments as they appear in videos. The BlipSnips for Facebook suite launches with several key features for Facebook users.

“We built BlipSnips with a core objective to make video social,” said Greg Keller, Chief Product Officer of BlipSnips. “We’re glad to be first to Facebook with patent pending captioning and friend tagging at precise video moments – all without any limits on video length, shares or number of friends who can interact.”

Having the ability to easily tag people and moments in a video, as well as comment on those tags rather than just indicate your appreciation with a smiley, makes this product suite interactive for all levels of users.

The BlipSnips for Facebook application suite is patent-pending, entirely free and available now for use. BlipSnips is a social sharing service enabling users anywhere on the Internet to tag, share and discuss specific moments that matter to them within online video. Learn more at http://www.blipsnips.com