Physicians for Human Rights (PHR) charges that Mexico's investigation into the shooting death of American video-journalist Brad Will has presented a scientifically flawed theory that ignores PHR's conclusive findings, including the discovery that one of the bullets was a ricochet. 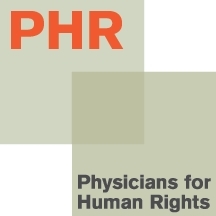 It is appalling that the PGR's flawed argumentation has led to rejecting our forensic experts' findings. We have offered to formally present our findings to the appropriate authorities since May of 2008, and remain prepared to testify in a formal judicial setting.

Physicians for Human Rights (PHR) charges that Mexico's investigation into the shooting death of an American video-journalist has presented a scientifically flawed theory that ignores PHR's conclusive findings, including the discovery that one of the bullets was a ricochet.

Brad Will died of gunshot wounds while covering protests in Oaxaca in October 2006.

According to public statements made last December by Mexico's Attorney General (PGR), the PGR rejected PHR's forensic expert findings that one of the bullets that struck Mr. Will in the chest had ricocheted off a red-colored object prior to hitting him.

Jeff Foggy, firearms and tool marks examiner from PHR's International Forensic Program (PHR-IFP), detected a red substance, believed to be paint, on the surface of one of the projectiles, as well as damage to the bullet consistent with a ricochet off of a red, hard object. Mr. Foggy is an FBI and Florida Department of Law Enforcement trained firearms and tool marks examiner with nine years experience in analyzing bullets and making distance determinations in criminal cases.

PHR's ricochet theory is also supported by the findings of PHR team member Dr. Robert Bux who concluded that one of the bullets was a ricochet based on the nature of the entrance wound, the damage to the bullet and the victim's shirt. Dr. Bux is the Medical Examiner in El Paso County, Colorado and has 27 years of experience as a forensic pathologist, including work for the International Criminal Tribunal for the former Yugoslavia, the Inter-American Court of Human Rights, and the Attorney General of the Republic of Mexico (PGR) on past cases.

The PGR claims that Brad Will was killed by a gunshot originating in his immediate area. A ricochet off an intermediate target supports the hypothesis of longer-range gunshots.

In a continued effort to support its theory of the case, the PGR now claims that the red substance found on the bullet by PHR was put there by one of the Oaxacan forensic examiners as a means of labeling, and the damage was produced by a chisel used during the autopsy.

"The theory presented in this case by the PGR is deeply flawed and falls apart when examined by experienced forensic experts," said PHR-IFP Director Stefan Schmitt. "It is appalling that the PGR's flawed argumentation has led to rejecting our forensic experts' findings. We have offered to formally present our findings to the appropriate authorities since May of 2008, and remain prepared to testify in a formal judicial setting."

In April 2008, PHR submitted to the PGR a confidential report by its International Forensic Program, authored by internationally recognized experts in firearms examination, forensic pathology, and crime scene and criminal investigation. Despite repeated requests, PHR has not yet received a formal response from the PGR.

"The distribution pattern of red substance on the bullet that struck Brad Will, as observed and photographed by us under a microscope in Mexico City in April, is consistent with paint transfer through a ricochet on a red hard object. To suggest that this is the result of deliberate markings is absurd," said Jeffrey Foggy, IFP Firearms and Toolmarks Examiner. "The damage on the bullet is also consistent with damage pertaining to a ricochet and as demonstrated by experimentation is most certainly not due to chisel strikes, as claimed by the PGR. Both these arguments hold no credibility when it comes to scientific tool marks and firearms examinations."

Schmitt said, "PHR is deeply concerned by inconsistencies in the PGR's forensic findings and their unwillingness to provide a formal response to PHR's forensic report. We have offered to present our findings to the appropriate authorities since May of 2008, and remain prepared to testify in a formal judicial setting."

PHR's International Forensic Program (PHR-IFP) conducted its review of the investigation at the request of both Amnesty International and the attorney for the Will family who, under Mexican law, are allowed full access to the case file and the opportunity to provide information to the prosecution.
Physicians for Human Rights (PHR) mobilizes the health professions to advance the health and dignity of all people by protecting human rights. PHR shared the 1997 Nobel Peace Prize. http://www.physiciansforhumanrights.org

The International Forensic Program (IFP) at PHR is dedicated to providing independent forensic expertise to document and collect evidence of human rights violations and of violations of international humanitarian law. Since the 1980s, PHR has mobilized forensic scientists and other experts worldwide to respond to inquiries by governments, organizations, families, and individuals. Our experts come from all forensic science disciplines, ranging from forensic pathology, to forensic anthropology, and include experts from analytical sciences in forensic laboratories, such as firearm examiners. The IFP offers a variety of services which include forensic investigations, evaluations, monitoring, review of work done by other parties, and specialized training. IFP's services can be requested by institutions, organizations, and individuals. PHR adheres to a policy of strict impartiality and is concerned with human rights abuses everywhere.