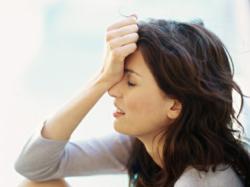 March is Brain Injury Awareness Month, created to educate the public about the causes and consequences of traumatic brain injury. Brookhaven Retreat recognizes that emotional trauma, too, injures the brain. This month, it celebrates the many methods used to heal women whose lives are damaged by emotional injuries.

Emotional trauma changes the brain’s chemistry from the inside, altering a woman’s response to stress. An article published in Dialogues in Clinical Neuroscience states that trauma alters the long-term functioning of the prefrontal cortex, amygdala and hippocampus, areas associated with decision making, memories and emotional reactions.

Traumatic memories are stored in the more primitive, subcortical regions of the brain where they are not accessible by the reasoning areas. When stored here, it takes very little sensory stimulation to trigger the memory and create a perceived sense of threat in the brain.

Women who suffer from a psychologically traumatic event can develop posttraumatic stress disorder, which is characterized by flashbacks, nightmares, problems sleeping, irritability and hypervigilance that negatively affects day-to-day life. The event that triggers the disorder is subjective; bullying and humiliation can cause trauma for some and not for others.

Women suffering from PTSD organize their lives around warding off traumatic memories and reliving the trauma. The injury affects every aspect of life, directing where they can and cannot go and hindering relationships and life goals. Many women isolate themselves from the outside world or turn to alcohol or substance abuse as a way of coping with their symptoms. However, isolation and avoidance does not create lasting relief from PTSD.

Women can overcome the damage done by emotional injury. In order to find safety and peace, women must train their brains to be less reactive. Brookhaven Retreat specializes in healing women from emotional breakage. Women with PTSD benefit from a variety of therapies, including cognitive behavioral therapy, eye motion desensitization and reprocessing and equine therapy.

EMDR therapy uses eye movements and tones or taps to help process trauma on both sides of the brain simultaneously, resorting memory connections and allowing women to alter the emotional effect of trauma. Cognitive behavior therapy is effective in treating anxiety disorders because it targets negative thinking patterns and replaces them with positive behaviors, changing core beliefs and ultimately restructuring neurological pathways.

Brookhaven Retreat also offers many activities that allow women to control the actions they could not during the traumatic event so that it is no longer a focus of obsession. Letting go of symbolic balloons and naming lost children acknowledges grief as women move through it.

Self-knowledge and therapy tools allow women to take control of their lives and emotions. With time and treatment, women learn to manage emotions and reprogram the way they think. Though negative memories remain, women learn to move through them into lives of health, power and fulfillment, and can look back without losing control to emotional injury.

About Brookhaven Retreat
Brookhaven Retreat is a women's treatment center nestled on a naturally beautiful 48-acre site secluded in the foothills of the Great Smoky Mountains. It has helped hundreds of women across the United States overcome depression, trauma, anxiety, substance use and a range of other behavioral health challenges. Brookhaven’s Founder, Jacqueline Dawes, has predicated its gender-specific treatment on “healing emotional breakage” for women. In this way, she has established a sanctuary and a place where women can feel safe, secure and cared for by a staff of highly trained professionals.