Firearms collectors and cowboy action shooters have a rare opportunity to win a piece of Hollywood history. There are exceptional Colts and Winchesters in this premiere firearms auction. 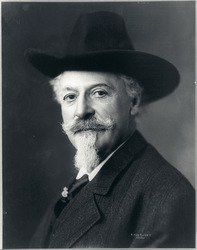 There will also be a very nice grouping of firearms from the museum dedicated to Roy Rogers and Dale Evans. The two Winchester Model 21 Grand American's were custom built for Roy with all the gold inlays specifically selected by him. It is neat to see the Cowboy Colt SA's of the hero many knew as a kid. Another item is the Audie Murphy presentation Colt SAA to Roy.

Several astounding centerpieces for the Winchester collector can be found in this auction. The finest known, factory engraved, digital "1 of 1000" Winchester model 1873 headlines the incredible selection of Winchesters. Its 1-1000 inscription is digital, one of less than ten ever done by the factory; the factory engraving is again, one of less than ten! An exceptional, Conrad Ulrich engraved, silver-plated, deluxe Winchester Model 1866 lever action rifle is not to be missed. In all, there are over 500 Winchesters with many quality examples in all price ranges. Lever actions in every model will be offered starting with Volcanics, Henrys and 1866's through 1895's, and more.

There are over 50 Winchester Model 70's in this auction, several desirable calibers, many new in box, pre-64's and some pre-war. An example is a spectacular pre-64 first year Winchester super grade Model 70 bolt action rifle in extremely rare .338 Winchester magnum caliber with factory box.

Smith & Wesson No. 2 Old Army RevolverSmith & Wesson No. 2 Old Army Revolver inscribed: "A.V.H. ELLIS/COLONEL 124th REGT./N.Y.V." in three lines on the left side of the frame and "H.A. ELLIS/BVT. LT. COL/U.S.A." in three lines on the right side of the frame. The revolver has the Smith & Wesson high polish blue finish with a casehardened hammer, trigger, and cylinder pin. The revolver has two-piece, square butt, rosewood grips.

Extraordinary Factory Engraved Winchester Model 1873 "1 of 1000" Lever Action Rifle with Deluxe xxxx WalnutThis highly desirable and rare Winchester Model 1873 Rifle is accompanied by a Buffalo Bill Historical Factory Letter that describes correctly the rifle as a "1 of 1000" and states that it was received in the Winchester warehouse on August 10, 1875 and shipped on August 11, 1875. The rifle is a described and illustrated on pages 66 and 106-107 of "WINCHESTER, THE GOLDEN AGE OF AMERICAN GUNMAKING AND THE WINCHESTER 1 of 1000" by R.L. Wilson. This is the only rifle pictured three times in Wilson's book! This rifle is one of the "Second Style" 1of 1000 rifles that feature a scarce numerical "1 of 1000" marking on the barrel and correctly no barrel engraving. The rifle has a rare, 28-inch, full octagon barrel with blue finish, a casehardened forearm cap, frame, hammer, loading lever and crescent buttplate and deluxe XXXX walnut stock with checkered wrist and forearm. The rifle has a single set trigger and sling swivel mounts on the stock and forearm cap. The set trigger, XXXX checkered stock, swivels and casehardened receiver are all documented in the Winchester Factory letter. The barrel is fitted with a standard sporting front sight with German silver blade and short base sporting rear sight. The rifle has the first model frame with small oval, "thumbprint' dust cover. The lower tang has the first pattern, half-moon shaped, lever latch. The hammer has course knurling with distinct borders. The buttplate has a sliding brass trap and is complete with a jointed, five-piece longer than standard, steel, cleaning rod with brass tip. Another special feature of this magnificent rifle is a factory engraved scroll-work flourish which is located on both sides of the frame ahead of the side plates. The edges of the frame have a wavy line and scroll border. The frame engraving and border on this rifle are nearly identical to the Granville Stuart "1 of 1000 rifle", serial number 7282 (two numbers subsequent), which was received in the Winchester warehouse on August 13, 1875 and shipped on August 21, 1875. The Second Style "1 of 1,000" numerical marking is engraved in small letters of the top of the barrel between the rear sight and the front of the frame. The upper tang is roll-stamped with the first style marking: "MODEL. 1873." in fancy letters. The serial number, "7280" is engraved on the lower tang behind the lever latch. The top barrel flat is roll-stamped with the two-line legend: "WINCHESTER'S-REPEATING ARMS. NEW HAVEN. CT. / KING'S-IMPROVEMENT-PATENTED-MARCH 29, 1866. OCT. 16, 1860.". Between 1875 and 1879 Winchester manufactured 136 "1 of 1000" Model 1873 rifles. Author James D. Gordon stated in "WINCHESTER'S NEW MODEL OF 1873" that he identified 57 of the 136 documented "1 0f 1000" rifles. The "1 of 1000" Model 1873 rifles are among the ultimate rarities in Winchester collecting. Rock Island Auction Company is pleased to be able to sell the finest Winchester Model 1873 rifle ever in our history.