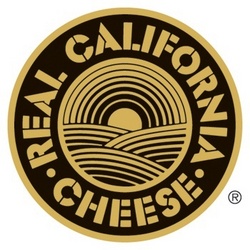 In addition to spirited competition and record-breaking performances, California cheeses will be sharing the center stage on the winner's platform during this summer's 2008 Olympic Games.

The top headline coming out of the Games isn't just about the nation with the most gold medals; it's also about eating like a world-class athlete! For the more than 2,000 athletes traveling from the U.S., the cheeses will be a familiar taste from home.

California cheeses will be traveling across the globe to Beijing and will be served at the Olympic Village in August. Athletes will have the chance to enjoy Swiss from the Rumiano Cheese Company, Gouda and shredded Cheddar from Joseph Farms, Cottage Cheese from Clover Stornetta and Ricotta and Ciligene balls from Mozzarella Fresca.

The California Milk Advisory Board (CMAB) has developed these recipes to help celebrate the Golden State's "cheesy" Olympic contributions:

About the California Milk Advisory Board