The founder of the Disparti Law Group, P.A., reacts to a new National Safety Council report showing that Florida is among states with the highest car accident deaths in the U.S. 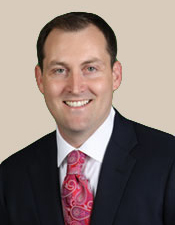 It’s time for Florida legislators, along with law enforcement officials, educators and parents, to get serious about the fact that Floridians are killed needlessly on our state’s highways every day.

Tampa car accident lawyer Larry Disparti said today that a new report showing that Florida’s rate of car accident deaths is one of the nation’s highest indicates a need for the state “to get serious about highway safety.”

In the report, the National Safety Council (NSC) estimates that approximately 36,200 motor vehicle fatalities occurred in the U.S. in 2012. This marks a 5 percent increase from 2011 and the first year-to-year increase since 2004 to 2005.

“We’d like to find something positive in the fact that Florida’s increase in car accident deaths is not as bad as the nation’s on the whole, but still, the report shows there are far too many people dying in car accidents in Florida,” said Disparti, founder of the Disparti Law Group, P.A.

The firm investigates car accidents in the development of personal injury and wrongful death lawsuits on behalf of individuals in the Tampa Bay area who have been injured in car wrecks.

“It’s time for Florida legislators, along with law enforcement officials, educators and parents, to get serious about the fact that Floridians are killed needlessly on our state’s highways every day,” he said.

Florida’s rate of highway fatalities in 2012 was third-highest in the nation behind Texas’ 3,339 and California’s 2,994, according to the NSC. Fourth is Pennsylvania with 1,311 fatalities, more than 1,130 fewer than Florida.

Florida’s 2,442 fatalities are only 1 percent fewer than the 2,753 fatal motor vehicle accidents in Florida in 2010, the NSC said.

In a news release accompanying the agency’s report, NSC President and CEO Janet Froetscher cited “new challenges, especially as it relates to teen and distracted driving, that need to be addressed on a national scale.”

Disparti said most car accidents are caused by driver error such as speeding, drunk driving, fatigued driving and texting while driving.

When reckless driving contributes to a car accident, an at-fault driver of any age can be held accountable for the damage and the harm they have caused, including for a wrongful death in a fatal accident, Disparti said.

“The lawyers of the Disparti Law Group stand up for the rights of car accident victims,” he said. “We help people who have been harmed to obtain the compensation they deserve.”