Attorney from Salvi, Schostok & Pritchard P.C. cites 12 teenage drivers’ deaths in Illinois during the first half of 2012 as a reason for parents, educators and law enforcement officials to renew their focus on educating young drivers. 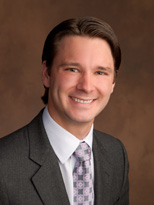 [I]t’s important for teen drivers to know that their decisions and their actions behind the wheel carry serious consequences for themselves and others.

“The GHSA’s data show that Illinois was among the states with the highest number of 16- and 17-year-old drivers who died in car crashes, which is very alarming,” said Salvi, a partner at the leading Chicago personal injury law firm of Salvi, Schostok & Pritchard P.C.

“What’s more distressing is that the study shows a trend that is going in the wrong direction when it comes to the safety of young drivers,” he added.

The states with the highest numbers of deaths for the first six months of 2012 were Indiana and Tennessee (16), Louisiana (15), Texas (14), and Illinois, Kentucky and Alabama, with 12 teenage driver deaths each, the GHSA said.

“Illinois parents, as well as our state and local educators and traffic safety officials, should see this report as a wake-up call to renew and focus efforts on educating young drivers about the dangers of certain types of behavior,” Salvi said.

Salvi, whose firm investigates car accidents and other vehicle accidents in the preparation of personal injury and wrongful death lawsuits on behalf of victims, said certain kinds of negligent and reckless driving are more prevalent among teenagers.

“As studies and our law firm’s own experience shows, inexperienced teenage drivers are prone to speeding and distracted driving as well as driving after drinking alcohol,” he said. “Unfortunately, teens are also less likely to wear seat belts.”

Salvi said that it’s important for young drivers to understand that careless behavior behind the wheel puts more than their own safety at risk. They can also endanger the health and lives of their passengers, other motorists and pedestrians.

“No one sets out to cause a car accident and the injury or death that comes with it,” Salvi said. “However, it’s important for teen drivers to know that their decisions and their actions behind the wheel carry serious consequences for themselves and others.”

Salvi plans to speak with local teens to raise awareness about the dangers of distracted driving through a program developed by EndDD.org.