New York Attorney Casey Raskob, Esq. warns drivers that traffic ticket fines and surcharges are at an all time high. With the many new and inventive fees levied by the State of New York, it can be far worse to ignore the ticket than to defend it. 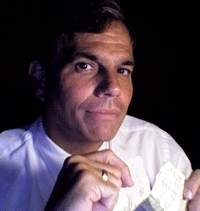 Even in Traffic Violations Bureau, where there are ‘no deals’, an aggressive defense will almost always be rewarded-and that, for the last twenty years, is what my firm has provided.

Denial is a major problem in dealing with Traffic Violations. Westchester, New York Attorney, Casey Raskob, Esq. states that when a ticket is acquired, make sure it is acknowledged and taken care of with a proper defense to avoid unnecessary fees. Avoiding traffic tickets is far worse and denial will cost you. In July, the Suspension Termination Fee increased by 100%, going from $35 to $70. This fee is required to end any suspension resulting from failure to answer a ticket or pay a fine.

“In 20 years of handling traffic violations and DWI offenses, I’ve never seen so many folks hurt themselves by ignoring the problem”, said Raskob. “A ticket is something that must be dealt with, and usually should be plead ‘not guilty’ and fought.”

Recently, a client came to our office. He was in a local City Court for a Criminal charge of Aggravated Unlicensed operation and he had five tickets he had not answered. His prior record was not bad, and the points total of the tickets would not have suspended his privilege to drive.

Denial set in. Feeling he didn’t deserve the tickets, a very common perception, he didn’t answer any of the tickets. New York States’ Traffic Violations Bureau then default convicted him, charging him the maximum legal fine on each ticket. Each ticket resulted in a suspension. Thirty days later, they then suspended him a second time for failure to pay the fine. Five tickets end up with ten suspensions. An eleventh suspension is then levied for failure to pay the ‘Driver Responsibility Assessment’, which is a tax New York charges on drivers who get more than six points (one 77/55 ticket).

This result came solely because of denial. Unwittingly, the client ran straight into the ‘fee machine’ of the State of New York. Had he dealt with these matters promptly, the results and costs would have been far different - and he would not be standing in Criminal Court on misdemeanor charges.

Unfortunately, it’s not just one man. Tickets are coming into the office later, and with more adjournments and excuses. The economy is hurting everyone, but by not dealing with the matters, more and more people are causing themselves trouble that could be avoided.

The State of New York has elevated fees significantly in the last few years. Today, any ticket carries an $85.00 ‘surcharge’, which is a ticket tax. In addition, as of July it now costs $70.00 for a Suspension Termination Fee per suspension. Lastly, the Driver Responsibility Assessment (points tax) is the third way the State charges you for the same ticket. Over six points equals an Assessment usually greater than the fines and surcharges in the Court.

“In the vast majority of cases, a review of the charges and situation can result in a significant reduction in the charge, along with the fees associated with it”, said Raskob. “Even in Traffic Violations Bureau, where there are ‘no deals’, an aggressive defense will almost always be rewarded-and that, for the last twenty years, is what my firm has provided.”

Casey W. Raskob, Esq. (http://www.speedlaw.net) is a Westchester, NY Attorney handling DWI, Traffic Offenses, and Justice Court matters. He has been traveling between Albany and Montauk for almost twenty years and has represented clients in every Court between those points.