Hacker Exposes to the World Finances of Celebrities, Green Bean Buddy Comments Such Breach of Privacy is Expected on Big Personalities

BBC reported that a hacker exposed on the web the financial records of a number of big personalities. In response to it, entertainment and sports news website Green Bean Buddy commented that such breach of privacy is expected to happen to celebrities. 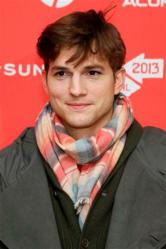 ... the hacker was still being pursued although it was said that his internet suffix was determined to be from Soviet Union.

Vital information of a number of celebrities was recently exposed. According to a report from bbc.co.uk, a hacker obtained their financial records and exposed them to one website. Reacting to the news, entertainment and sports news website, Green Bean Buddy, commented that such breach of privacy, comes with fame. And as it added, sadly, for celebrities, there would be more of stuff like it that they would have to deal with.

Based on the BBC report, Green Bean Buddy related that the hacker basically revealed the celebrities' financial records on exposed.su. And among the celebrities he victimized, it detailed, were Ashton Kutcher, Jay-Z, Britney Spears, Joe Biden and Hillary Clinton.

Bank accounts, mortgage accounts and credit card statements were particularly some of the records the hacker revealed on the website, the site detailed. But apart from it, celebrities' social security number and phone number were also posted on it, it added.

Here is a part of the post by Green Bean Buddy about “Hacker Reveals Celebrities Financial Records.”

“Celebrities earn and spend big. That much we know. But did you ever wonder how much exactly they spend for what? Well, if you did, you might not need to anymore. Why, you ask? That's because such information could already be available online.

Based on a report from contactmusic.com, one hacker exposed celebrity financial records on a certain site with the domain name exposed.su. On it, private financial records of the biggest Hollywood celebrities were revealed. Examples of those records revealed were bank accounts, mortgage accounts and credit card statements.”

According to entertainment and sports news website Green Bean Buddy, as stated in the report, the hacker was still being pursued although his internet suffix was determined to be from Soviet Union. With that, it commented it would be hard to catch him.

Moreover, the site said that breach of privacy almost always comes with fame. And so, it stated that sadly, celebrities would have to expect more of it in one form or another.

Read more latest news in entertainment and sports at GreenBeanBuddy.com.