Cheap Car Insurance for Teens, A Tumultuous Market That Can Be Stabelized by NJ Kyleigh’s Law

Insurance Navy Agency of Illinois comments on recent reports of reduced auto crashes among teens in New Jersey. After a year of implementing the NJ Kyleigh’s Law, findings of research published in last month revealed significant savings in number of crashes among teen drivers under age 21. Other States are encouraged to legislate similar laws, Insurance Navy says. 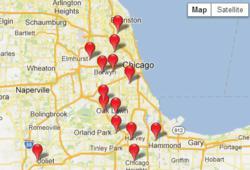 We think that implementing similar laws and enforcement techniques will provide lots of support to the communities of teenage drivers, parents, the State, and the auto insurance companies.

The auto insurance industry is just one of the interested parties in a study conducted by the Children Hospital of Philadelphia (CHOP) team whose findings were published last month. According to the findings the number of traffic citations issued to New Jersey young operators with Graduated Driver Licensing (GDL's) provisions rose about 14%, while police reported crashes fell by 9% after implementing the Kyleigh’s Law in New Jersey.

The study shows that the licensed plate decals imposed on teen drivers in NJ have helped preventing over 1,600 automobile crashes. The Kyleigh’s Law became mandatory on May 1, 2010. It was named after Kyleigh D'Alessio, a 16-year-old NJ girl who was killed in a 2006 car crash in which another teen was driving. The law requires automobile operators under age 21 years, who hold permits or probationary (provisional) driver licenses, purchase a pair of Velcro-backed red reflectorized decals and display them on the top left corner of the front and rear license plates of their automobiles.

Ed Snenneh of Insurance Navy, a leading provider of cheap car insurance for teens in Illinois said that "the problem in Illinois and other states that adopted different versions of the GDL system is in finding a reliable mechanism to enforce the laws and in finding techniques to identify teens driving under GDL restrictions. Most teens would have to deal with stronger deterrence if more reliable mechanisms were implemented to identify them and enforce the law on them."

Several other states are trying to copy the Kyleigh’s Law in one way or another including Alaska, Iowa, Kentucky, Michigan , Minnesota and North Carolina. "Illinois is not on the same path, not yet! Other states including Illinois are encouraged to legislate similar laws and enforcement techniques. These measures will provide lots of support to the communities of teenage drivers, parents, the State, and the auto insurance companies ," Mr. Snenneh added.

Auto insurance for teens is normally dealt with by offering cheaper version of auto insurance, certain policies with lower limits and easier policy-issue guidelines. Experts believe that adopting and enforcing similar laws will lead to stabilizing the tumultuous market of cheap car insurance for teens in every state by reducing number of crashes and amounts losses of property damages and bodily injuries. Auto liability insurance rates for teens are 3 to 4 times rates of adults in Illinois!

Opponents of the laws similar to the Kyleigh’s Law cited privacy issue, technical issues related to implementing the law, and social safety matters. But proponents are supported with research that implementing the law would save hundreds of thousands of crashes and lives as well as hundreds of millions of dollars in property damages and bodily injuries.

About Insurance Navy Agency
Insurance Navy is an Illinois producer with licenses in Wisconsin and Indiana offering auto insurance quotes, Illinois SR22 insurance, tow truck insurance, and car dealers insurance in Indiana, Illinois and Wisconsin. The agency services its customers online and through a chain of insurance offices in the Chicago area.