It’s essential we get kids playing outside again!

Children are not playing outside enough according to the results of a new Forestry Commission study released this week and separate research published March 2012 indicates that active video games are a poor substitute, providing little or no extra physical activity. Playground Imagineering owner Robin Harwood works with schools, and advises that children need to be encouraged to actively play outdoors as an essential aspect of their social and physical development. 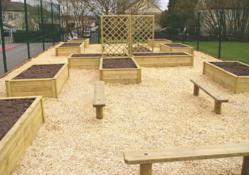 Of the 168 children aged between eight and twelve years who were monitored, 46% were not playing on a daily basis, spending their free time on computers and watching TV. 38% confessed to ‘running out of ideas’ for what to do when they played outside.

The results of two separate bodies of research published this week conclude that physical outdoor play is essential to children’s social and physical development, and Robin Harwood of Playground Imagineering advises that although conducted on different sides of the world, the conclusions are the same- living in a world of technology, television and virtual play is not conducive.

The first batch of research results garnered from a pilot study by the Forestry Commission Wales, revealed how young children interact outdoors. The project aimed to promote independent learning and gave children from Pontycymer Nursery School in North Wales the opportunity to spend quality time outdoors. Conducted by the Woodlands For Learning Team, involving nine children spending weekly three hour sessions at the Rockwool Woodlands for Learning Centre in Pencoed.

’Thirty years ago, playing in the woods for several hours was nothing special,’ says Robin Harwood, owner of Playground Imagineering- suppliers of climbing frames and playground storage. ‘But today, the experience is not common and not available to all children.’

During the research, the staff were instructed to take a step back, allowing children to take the lead and only intervene with proceedings when necessary. Each week the tools were reduced, encouraging the children to use whatever they could find to use as props in simple games, unfamiliar in today’s technological age.

‘A lot of children are reliant on technology,’ says Robin Harwood, owner of Playground Imagineering, retailers of playground storage for nurseries. ‘The recent Milo State of Play research conducted in New Zealand concentrated on and active play and spontaneously creating entertainment. Of the 168 children aged between eight and twelve years monitored, 46% were not playing on a daily basis, spending their free time on computers and watching TV. 38% confessed to ‘running out of ideas’ for what to do when they played outside, so they inevitably turned to games consoles and other electrical devices for amusement.’

Coincidentally, separate research published this week by the Baylor College of Medicine in Houston, Texas revealed that despite the hype, active computer games consoles don’t encourage children to exercise any more than normal.

Nintendo Wii consoles were provided to 78 children aged between nine and twelve years in the ‘above natural weight’ category. The subjects had the choice of one of two games categories- sedentary or active. In theory, children with active games would have a higher percentage of physical activity than those who had opted for sedentary titles, but researchers quickly determined that this was not the case. Tom Baronowski, conducting the research, reported that it had been presumed that children with active games would have a substantial increase in their levels of physical activity and upon seeing the results was shocked by ‘the complete lack of indifference’.

He could not conclude whether the children involved exerted any extra energy than normal playing active Wii games, or if they were cutting down on physical exercise during the day to compensate for that they were doing with the console. The results are from a single study so cannot be regarded as definitive but he concluded ‘Our study indicates that there’s no health benefit from having those active video games.’

‘We all understand that for some children, especially those of working parents, a computer games console is essential for entertainment,’ says Robin Harwood, retailer of playground furniture. ‘But it must be realised that outdoor, active play is essential to a child’s social development. The Forestry Commission research has provided a fascinating insight into how children can grow simply by mixing with their peers in an outdoor environment.’

Subjects in the form of three and four year old preschoolers spent weekly sessions in Rockwool Woodlands, supplied with buckets, mud, water, ropes and trowels. To measure behaviour, researchers observed each child for three two-minute periods, using the Leuven Involvement Scale for Young Children to assess their level of well-being and involvement with the situation.

Woodlands For Learning manager, Karen Clarke reported that the project was very positive. ‘The children made their own choices about what to play and how to communicate with each other, and learned to mediate their own disagreements without adult intervention,’ she explained, adding that they learned to negotiate and agree outcomes, and became more resilient when they didn’t get their own way.

‘The play project surpassed all our expectations. It gave children a lot of freedom, which was particularly good for those who find it difficult to sit still,’ says Forest School Leader at Pontycymer Nursery, Lynee Walsh. ‘There was a terrific change in children’s social development. They became more independent and even chose when to have their lunch. It was really amazing to see them learn how to occupy themselves.’

‘As adults who were children thirty years ago reminisce about summers spent hanging off playground furniture, it seems strange that children today don’t have the same social experiences,’ says Robin Harwood, supplier of wooden climbing structures and playground furniture. ‘But television and computer games are mostly solitary pursuits, and not every child lives on the edge of the woods or in a safe neighbourhood full of other children.’

‘Now we have some insight of the importance of outdoor play and the positive effects it has on children, we can act upon it. Not every child has the right facilities to indulge in active, outdoor play, but as a school, nursery or other child-care provider, I’d recommend that you encourage outdoor time as much as possible. Even if the outdoor area is nothing more than a bland concrete yard, an effective, exciting environment can be created with some wooden climbing structures or mushroom seats. At least during term-time, our future generations can gain the same level of social development we did so many years ago.’