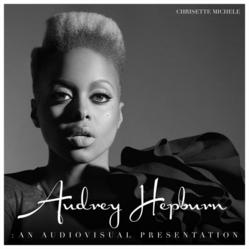 Grammy winner Chrisette Michele is a singer and songwriter who has charted R&B charts since her debut album “I Am.” With a unique style combining soul, funk, hip-hop, dance, pop, and rock, she has sold millions of records to date. Michele is widely known for her feature on Rick Ross' "Aston Martin Music" and her number one hit singles "Epiphany," "If I Have My Way," and "Goodbye Games." She has worked with numerous artists including Ne-Yo, Rick Ross, Drake, Maxwell, Musiq Soulchild, Anthony Hamilton, Solange Knowles, John Legend, The Game, Nas, Jay Z, Nas, Talib Kweli, and more.

After spending two years traveling and performing around the world, “Audrey Hepburn” is the first complete project released by Michele since her album “Let Freedom Reign.” She has released several videos to promote the mixtape including music videos for the singles “Charades,” and “Your Fair Lady” along with a video of her photo shoot for her single “Rich Hipster.” All of the videos are filmed in black and white to depict Hepburn’s simple, yet trendy style.

In 2013, Michele will be dropping the album “Better” which is a continuation of the "Audrey Hepburn" mixtape and setting up a worldwide tour. Keep up with all Chrisette Michele updates by following her on Twitter.