Jason Pratt, orthodox universalist Christian and author of the newly released epic fantasy novel Cry of Justice, contributed a Thanksgiving Week sermon to the Christian Cadre Journal. His sermon focused on the challenges of recognizing and including a meaning of 'joy' where translators typically refuse to bother alerting readers about this: such as when they translate 'charis' to 'grace'. After providing a couple of unexpected examples, from the Epistle to the Philippians and the Luke's Gospel, Jason proceeds to explain how joy (including as 'grace') links to the claims of orthodox Christian theology, with a comparison to other theistic claims. 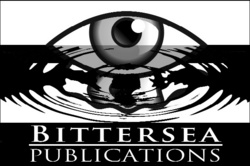 I suppose the one to whom he gave more joy

"When people give thanks before a meal, such as at Thanksgiving, they'll often describe it as 'saying grace'," Jason explains. "Which makes sense in a directly linguistic fashion because our English word for 'grace' derives from a habit of acknowledging when 'gratia', in Latin, has been given to us. Thus to give thanks is to acknowledge the grace that has been given.

"But in New Testament Greek, what is the core meaning of the word we typically translate as 'grace'? The answer is often deeply surprising to people!--because our Biblical translators have a habit of simply ignoring this meaning when doing their translations."

In his sermon, Jason relates the core meaning of 'grace', to the Greek word for 'joy'; and begins pointing out the implications of including this meaning in New Testament translations.

One unexpected example occurs in Luke 7:40-50, the first story of a woman anointing Jesus while He is reclining for a meal: Jesus, in the parable He tells to an affronted religious expert who is hosting Him, uses "freely giving joy" to describe the forgiveness given by the wronged moneylender of the parable. "Now, as they (the debtors) had nothing to pay with, he (the moneylender) freely gives them joy instead," Jesus tells Simon the Pharisee in Jason's translation. "So which of them will be loving him more?" "I suppose the one to whom he gave more joy," Simon answers; leading into Jesus' comparison between Simon and the penitent woman.

Jason also brings out, as another example, the contextual links between this term and the scope of salvation, as related in the commentary of St. Paul to a contemporary hymn of his day concerning Christ's divinity and sacrifice, as found in the Epistle to the Philippians 2:9-11. As Jason translates it, this reads, "Therefore, God also highly exalts Him (Jesus) and in joy is freely giving Him the name above every name!--so that in the name of Jesus (i.e. "The Lord saves" or "The Lord is Salvation") every knee shall be bowing, celestial and terrestrial and subterranean, and every tongue shall be agreeing in unity with each other, that Jesus Christ is Lord, into the glory of God the Father!"

After spending a little time discussing the connotations of these examples, Jason proceeds to ask, "But what does any of this have to do with apologetics?"--which is the general topic of the Cadre Journal.

From here Jason answers that "it has deep connections to the theological distinction between orthodox trinitarian theism and any other kind of theism imaginable."

Jason then begins comparing the ontological claims of alternate concepts of divinity--discussing how God and the Persons of God, if any, relate to each other and to the rest of reality. All other claims, he contends, "do not give us love as the ground of all reality."

"But God the Father and God the Son," he continues, "neither confounding the Persons nor dividing the Substance, God self-begetting and God self-begotten--this does mean that true love is the ground of all reality. The grace, the 'charis', of God, is love actively given and actively received in (so to speak) active submission, between distinct Persons. This is God's freely given joy.

"Unless orthodox Christian theology is true, there is no objectively moral final ground to appeal to; only, at best, the mere exercise of mere power. And that, as most people intuitively understand, is not love.

"That," Jason says, "is what is at stake, in specifically Christian apologetics."

Extensive commentary and discussion on the sermon continues this week in the comments below the journal entry, primarily between Jason and a European atheist visitor named Peter so far. (Atheism was not directly discussed in Jason's sermon, though Jason provides links back to an extensive series on "Ethics and the Third Person" he contributed to the journal this summer; a series also topically linked to the sermon he contributed to the journal for American Independence Day, "The Heart of Freedom", which discusses the connections between human freedom and orthodox trinitarian theism.)

Jason Pratt, who often contributes to the popular journal of the Christian Cadre, has a reading audience in Europe, Asia, Africa, Australia and the Americas. Cry of Justice, his first published book, has been in release for two months last week; and is the first of an initial trilogy of novels. Jason recently donated 500 full production hardback dust-jacketed copies of Cry of Justice to the World Fantasy 2007 convention in Saratoga, NY; and will be sending another 210 promotional copies to the annual film festival of the influential media news/review site Ain't It Cool News this December. He graduated from the University of Tennessee, Knoxville, in 1994.

Cry of Justice is available through many online retailers, including Amazon, B&N, Walmart and Target. Currently, Bittersea Publications' distributor, AtlasBooks is offering a special 20% reduction on Cry of Justice throughout the Christmas buying season. The units are full production, first printing, high quality hardbacks (though unautographed), complete with dust-jackets; and each unit ships directly from the fulfillment warehouse. A full copy of the eBook can also be purchased from various internet retailers, including the Atlas site. Last week, Jason made the first section of chapters from Cry of Justice available as a freely distributed novella, which can be downloaded (among other places) from this press release.