The Walrus, one of the Pacific Northwest's premier classic rock bands, returns after a four-month hiatus to perform as the "house band" for the Chuckanut Radio Hour in Bellingham. The group will entertain a live audience Nov. 14 at the Museum of Radio and Electricity with several songs, including original songs from its CD, "Uncovered." 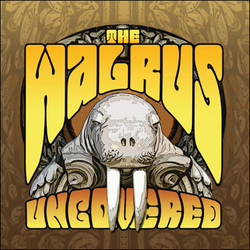 Our live audiences and our listeners at home have missed the Walrus' classic rock 'n' roll as a staple of the show.

After an extended break, the classic rock band Walrus returns to the Chuckanut Radio Hour in Bellingham, WA, next month as the show's house band.

The Walrus will perform several songs, including new, original rock classics from its CD, "Uncovered," during the variety-style radio show taped in front of a live audience at the Museum of Radio and Electricity Wednesday, Nov. 14. The Pacific Northwest's premiere classic rock band begins playing when the doors open at 6:30 p.m. and will be called upon to perform several other times during the show. The full radio show, a homegrown knock-off of "Prairie Home Companion," will be later broadcast on KRME, 102.3 FM.

The featured guest for the Nov. 14 taping is Nancy Horan, author of "Loving Frank," a historical novel about architect Frank Lloyd Wright. Tickets are $5 and available at Village Books.

"We're delighted to have the Walrus back on the Chuckanut Radio Hour," said Village Books founder Chuck Robinson, the show's host and executive producer. "Our live audiences and our listeners at home have missed the Walrus' classic rock 'n' roll as a staple of the show."

The band last played on a Chuckanut Radio Hour show taped in June, Due to the number of weddings and private parties the band plays, the Walrus has had scheduling conflicts with the show's taping dates since then.

The Walrus and the radio show have received critical acclaim. Earlier this year, The Seattle Times gave a positive review to the show in a major feature story, likening the Walrus sound to "the Monkees crossed with the Mamas and Papas with a dash of the Kinks."

About the Walrus and the Chuckanut Radio Hour:
For nearly a dozen years, the Walrus' five seasoned musicians have thrilled audiences of all ages with rich vocal harmonies and sizzling musical arrangements on classic rock cover tunes. After the release of "Uncovered," its debut CD of 11 new rock classics, the Walrus contracted with the Chuckanut Radio Hour to perform as the house band for the variety-style radio show featuring literary luminaries. For more information about the radio show, visit http://www.thechuckanutradiohour.com/.

For more information about the Walrus and its CD of original classic rock music or to book the Walrus for a wedding, private holiday party or corporate function, go to http://www.tusktusk.com.

The Walrus is the Pacific Northwest's premiere classic rock band.

The Walrus' original song, "Hold Your Hand" is available as an MP3 file.

"Uncovered" is the Walrus' CD recording of 11 original songs in the classic rock music style.