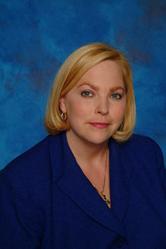 I’d like to thank my donors for their generous support, and charity: water for their endless dedication to eradicating diseases from unsafe water.

Deb Weidenhamer announced her support in bringing clean water to the people in the Rulindo District of Rwanda. Participating with the “charity: water” 501(c)(3) non-profit organization, Weidenhamer recently raised money to provide 25 people in the District with clean drinking water.

“charity: water” estimates 800 million people, or one in nine, drink water that will likely make them sick. According to the World Health Organization, lack of basic water sanitation kills more people annually than all forms of violence, including war.

In addition, the World Health Organization identifies children as the most vulnerable of the population. Because a child’s body isn’t fully developed, he or she isn’t strong enough to fight off the effects of unsanitary water, including diarrhea, dysentery and other illnesses.

“charity: water makes it very easy for anyone to support the non-profit’s meaningful work,” said Deb Weidenhamer. “Through an innovative fundraising program, I was able to ask for donations for the Rwanda clean water project instead of personal birthday gifts.

“It’s so true that birthdays can change the world,” continued Weidenhamer. “I exceeded my goal of raising $1,000 and raised a total of $1,648. It was one of the best birthdays I ever had and instead of receiving gifts that weeks later aren’t remembered, this was a birthday where every gift I received will be cherished in my thoughts forever. I’d like to thank my donors for their generous support, and charity: water for their endless dedication to eradicating diseases from unsafe water. Living part time in Shanghia, China where I can’t even brush my teeth in the tap water, I am so aware of the importance of clean water.”