The Internet’s leading retailer of digital products, ClickBank, has just announced the individuals who have been chosen for inclusion in its 2010 Apex affiliate program. Among the elite honorees is Internet marketing legand and The Secret Money Ring developer Matt Bacak. 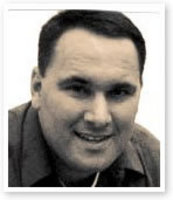 only the highest-achieving affiliates are invited for participation

Internet marketing guru Matt Bacak has just received word that he’s earned inclusion in the 2010 Apex program on the basis of being one of ClickBank’s top affiliates. Last week, he opened up his mailbox to find the unexpected surprise. Inside, a certificate of achievement from ClickBank’s vice president of sales and business development awaited him. Bearing Matt Bacak’s name, the certificate singled out The Secret Money Ring developer for the recognition.

Begun in 2008, the ClickBank Premier program was conceived as a means of recognizing the company’s top vendors and rewarding them for their loyalty, ingenuity and hard work. The concept proved so successful that it was expanded in 2009 to include the Apex affiliate program. Based on gross sales figures from the past 12 months (October to September), only the highest-achieving affiliates are invited for participation.

Having a great product, of course, ups one’s chances of earning the honor, but those who are recognized must also put forth some fairly rigorous individualized effort. Additional requirements include maintaining stellar refund and chargeback rates on the ClickBank marketplace, actively participating in both the ClickBank community and the Internet marketing community at large, and being in good standing with ClickBank’s Security and Legal departments. This latter stipulation dictates that no spam, FTC or DMCA issues are associated with the Apex honoree.

Brandon Brodhead, Bacak’s personal ClickBank account manager, informed the Internet marketing guru of his Apex distinction in this way: “It’s to recognize you for your awesome year with ClickBank in 2009 and your acceptance into the Apex program for 2010. The way you’re going now, I’m sure you can expect one of those babies every year.”

That “the way you’re going now” reference hints at Matt Bacak’s most recent product, The Secret Money Ring. Bringing together the strategies that secured Bacak a record-breaking 14,987 customers in just seven days and then enabled him to sit back and watch $293,583 per month pour in thereafter, The Secret Money Ring soared to the top of ClickBank’s gravity ranking and traffic generating charts just two weeks after being unveiled on the marketplace.

For more information on the product that helped Bacak achieve entry into the ClickBank Apex affiliate program, contact Tamara Smith at (770) 623-3008. To learn more about how to generate record-breaking customer acquisitions and ongoing passive income, sign up for instant access to “The Secret Money Ring” online at http://www.secretmoneyring.com/a.html