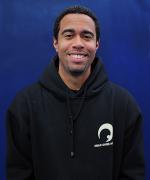 Ashe, whom also serves as the state technical director of the Northern California Boys Gymnastics Association, is the new head coach for Head Over Heels’ competitive gymnastics boys’ team.

Ashe is a highly accomplished competitive gymnast. He won second place All Around and first place on pommel horse at the 1997 Northwest Open in Liverpool, Great Britain. He was the top-ranked Junior National Team Member under 18 at the USA Championships. He was a member of the first place USA team at the 1999 Pontiac International Team Championships and a member of the Senior Pan American Games team that won the silver medal at the 1999 games in Winnipeg, Canada.

The Olympic Trials were in sight for Ashe in 2000, but an illness took him out of training. In 2003, Ashe began coaching, which led him to his current positions on the coaching staff of the Junior and Senior National teams. To date, 10 of Ashe’s athletes have gone on to participate in collegiate athletics and many have been awarded scholarships. Many more of Ashe’s athletes have gone on to receive scholarships in other competitive sports, including diving, track, snowboarding and dancing. Ashe was honored in 2006 as the NorCal Coach of the Year.

“We are excited to start our boy’s competitive gymnastics team with such an incredible coach,” stated Katreece Stone, Head Over Heels’ executive director. “I am confident that our boys’ team will enjoy the same success that our girls’ team has in recent years.”