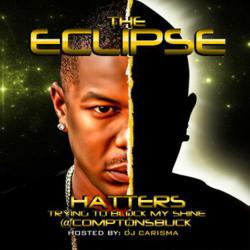 Earthell Buckner aka Comptons Buck hails from Compton, California. After losing his mother at seven years old and later being abandoned by his father, he was forced to make a life for himself. As he began to fend for himself in the violent streets, he started to write poetry as an outlet to express himself. Later he began to write songs which led to rapping and him starting his company Block Baller Entertainment.

To date, Buck has worked with various artists including Young Skeet, Jayrock, Kendrick Lamar, Bobby Valentino, The Game, Waka Flacka and Young Jeezy. “The Eclipse” is Comptons Buck’s second released project. Keep up with all updates by visiting his Twitter.