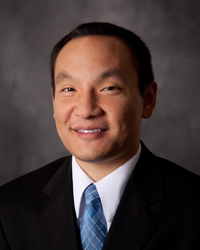 Huang’s practice areas include foreclosure defense, personal injury, criminal defense, and real estate. He also counsels on corporate governance concerns and provides guidance on the structuring and forming of businesses.

Huang chooses to contribute to the community by serving as a general counsel and board member to the Taiwanese American Foundation and TaiwaneseAmerican.org.
The foreclosure defense team at Consumer Attorney Services employed Huang’s skillsets to help reduce the number of families in Indiana from losing their homes to foreclosure and instances of “zombie” foreclosures.

A zombie foreclosure occurs when homeowners move out of a home after being served a foreclosure notice only to find out the banks never followed through on a foreclosure sale. As a result, homeowners can be left with ruined credit and thousands of dollars in debt for unpaid property taxes.

According to an April 2013 article, titled “’Zombie’ Foreclosures Hit Ex-Homeowners,” on the CBS News’ website, “Although they had fewer such cases in total numbers, Indiana, Kentucky, Maine, Nevada, Oregon and Washington have the highest percentages of zombie foreclosures at 50 percent or more.”