Attorney Ryan P. Rooth of Rooth Law Group, P.A. discusses the upcoming revisions of the "Stand Your Ground" law which protects those who have committed violent acts in self defense. The changes to the law will alter how criminal attorneys represent defendants. 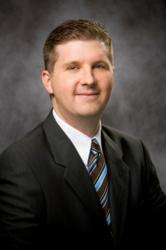 Many people claim self defense when a bystander is shot. These are the cases where Stand Your Ground is unclear.

The current Florida Stand Your Ground rule is being reviewed statewide, but a state senator who formed his own task force is recommending the law be rewritten to make it more difficult for defendants to claim self-defense. Without the help of a criminal defense attorney, Tampa residents may have fewer legal options.

The “stand your ground” law came about in 2005, when Florida legislators made it easier for criminal defendants to claim self-defense. Significantly, the “stand your ground” defense eliminated any duty to retreat. Florida Statute 776.013 states that a person “has no duty to retreat and has the right to stand his or her ground” if the person believes deadly force is necessary to prevent death, great bodily harm, or the commission of a forcible felony, such as a robbery. There are three relevant questions: (1) Does the defendant have the right to be there? (2) Was the defendant engaged in a lawful activity?; and (3) Could the defendant have reasonably been in fear of death or great bodily harm? If the State is unable to prove the contrary beyond a reasonable doubt, the “stand your ground” defense shall prevail.

Senator Chris Smith, a democrat from Fort Lauderdale, has formed his own task force to revise this controversial law regarding self-defense claims in criminal cases. The changes proposed would allow law enforcement officers more freedom to investigate shootings of unarmed victims and make the self-defense plea less available to defendants looking for a way to combat their violent crime charges.

The 18-member group did not recommend that the law be repealed, only revised. They recommended that they should maintain their right to claim self-defense, but a grand jury will decide whether or not to dismiss their charges. The group also pushed for clear language in cases where this defense strategy was being used.

As a criminal defense attorney, St. Petersburg lawyer Ryan P. Rooth has seen many cases where Stand Your Ground has been an issue. “Laws as they are written are interpreted through court cases,” says Mr. Rooth. “The laws governing self-defense claims will stand in some cases and not in others.”

Senator Smith's task force is reviewing case studies to better understand where the stand your ground defense rules best apply. In over 100 cases reviewed, the defense was used successfully. They are discerning whether the law is protecting the guilty. The “stand your ground” defense is very controversial based on recent high-profile cases, such as that of Florida resident Trayvon Martin. The law has been used in instances that the legislature never originally intended, with inconsistent results that vary depending on the judge and the facts of the case.

“Some of the main points the task force is looking at is gang-related shootings where the defendants were armed and their victims were not,” says Mr. Rooth. “Many people claim self defense when a bystander is shot. These are the cases where Stand Your Ground is unclear.”

Rooth Law Group, P.A. represents a variety of criminal cases, personal injury cases, and domestic violence claims. Ryan Rooth has been recognized as one of Tampa Bay’s Top Lawyers, by Tampa Bay Magazine and is AV Rated by peers with Martindale Hubbell. The firm received Legal Elite recognition by Florida Trend’s Magazine in 2011. With extensive trial experience and 24/7 Service Available, The Rooth Law Group is one of the top firms in the area.