Havoc and Mirth, the brainchild of 10-year-old 'Big Mike' has announced the addition of ebooks to their line up of greeting cards. Told by his parents that they absolutely would not buy him a laptop, he decided to buy one himself. Last year, at the age of 9, he launched a website that sold his custom made greeting cards. This year he has added ebooks to his list of efforts. 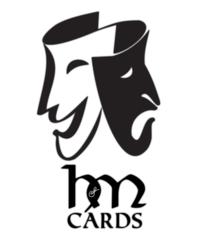 The old proverb comes to mind 'if you give a man a fish he'll eat for a day, but if you teach him to fish, he'll eat his entire life.' This is my way of teaching him to fish.

Told by his parents that they absolutely would not buy him a laptop so he could play his favorite game, he decided to buy one himself. Knowing that would cost a pretty penny, young Mike Horvath knew what to do: start a business. That's just what he did at the age of nine. This perhaps made him the youngest person in the world to start his own business. Now ten years old, he has expanded his website to include ebooks that he has written.

The first ebook, a short story called "The Missing Child", may or may not be based on real events.

Knowing that a lemonade stand or selling candy bars door to door wouldn't generate the kind of money he needed for a gaming computer, he decided to design and sell greeting cards and make them available on the Internet. With the help of his father, he came up with a name--"Havoc and Mirth Productions" and then launched a website to promote the venture.

His father, Tony Horvath, explains, "He's young but full of ideas. Having an idea and making it happen are two different things, though. A greeting card business is relatively easy to pull together and Mike can do most of the work himself. It has been a great way to show him what is involved in starting and running a business."

"The old proverb comes to mind 'if you give a man a fish he'll eat for a day, but if you teach him to fish, he'll eat his entire life.' This is my way of teaching him to fish," Horvath says.

To date, Mike has designed eight greeting cards that have been placed on the website and Mike is eager to make more for the Christmas, 2012, holiday season. Mike has been writing stories for as long as he remembers, though, so it was inevitable that he would eventually write something for publication. It probably helps that his father owns Bard and Book Publishing, an unconventional publishing company that focuses on distributing creatives pieces digitally, measuring their success, and then releasing the most popular ones in print.

A year after launching his his online business, he is steadily approaching his goal. His dad is quick to remind Mike that he will have to follow house rules for the computer, even if he does buy it with his own money.

You can learn more about "Havoc and Mirth" and why Mike makes greeting cards by visiting http://www.havocandmirth.com.