Dave Matthews Band will be touring this summer to promote the album, Away From The World, with 46 schedule shows, Tickets Now On Sale at Doremitickets.com 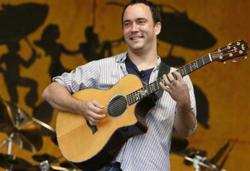 In April, Dave Matthews Band will play a trio of dates in the South that includes a headlining performance at the 2013 New Orleans Jazz & Heritage Festival on April 28. The band is touring in support of its latest album, Away From The World, which Rolling Stone named as one of the Top 50 Albums of 2012. Produced by Steve Lillywhite, the record entered the Billboard 200 at No. 1, making Dave Matthews Band the first group in chart history to have six consecutive studio albums debut atop the chart.

Doremitickets.com Your #1 Source for Dave Matthews Band Tour 2013 Concert Tickets Dates, Money Back Guarantee. Doremitickets.com is a retail website founded in 2009. Since launching in 2009, our website has helped connect thousands of live entertainment fans to the vast network of ticket brokers that list tickets on the doremitickets® Online Exchange. These professional ticket brokers offer more than 7.5 Million event tickets on our exchange every day.