With child care firm experiencing rapid growth, CEO says a CFO was needed as Children of America adds more than 10 new facilities and about 500 additional employees. 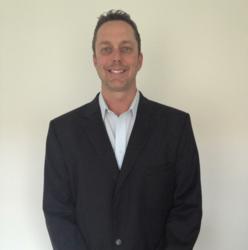 [Eswine] immersed himself in our culture by working 15-hour days and weekends. His strong intellect and amazing work ethic have quickly made Chris a critical part of the Children of America team.

Children of America operates nearly 60 centers in a dozen states. Since 2006, the firm has experienced explosive growth, adding almost 40 new properties to its expanding chain of state-of-the-art child care facilities.

Pryor said he began grooming Eswine to become CFO when Eswine was hired by Children of America as vice president of finance almost two years ago.

“[Eswine] immersed himself in our culture by working 15-hour days and weekends,” Pryor explained. “His strong intellect and amazing work ethic have quickly made Chris a critical part of the Children of America team.”

Pryor promoted Eswine to CFO about 18 months sooner than Children of America brass had expected.

“I’m thrilled with the growth we have experienced, but it’s just the beginning,” Pryor said. “With Chris taking on this important new role, I’m confident the Children of America team will continue to improve the lives of children and families for many years to come.”

Children of America officials expect to open more than 10 new child care centers in 2013. With new construction under way in Massachusetts, Pennsylvania, New York and New Jersey, by the end of the year Children of America could have a staff of 2,000 employees.

“[Eswine’s] friendly nature, quick wit and sharp financial mind will please Children of America’s stakeholders,” Pryor said. “Promoting Chris to this important position of leadership was an easy decision for me to make.”

Founded in 1997, Florida-based Children of America is a leading provider of high-quality child care and after-school programs. With about 1,500 employees, the firm operates nearly 60 schools in Delaware, Illinois, Indiana, Maryland, Massachusetts, New Jersey, New York, North Carolina, Ohio, Pennsylvania, Virginia and Wisconsin. With the opening of several new schools within the next year, the company will have a staff of about 2,000 employees. An industry pioneer, Children of America's programs are developed to accommodate key age ranges and include innovative teaching methods such as "Tray Tasking," a learning tool proven to promote early reading and writing skills. Children of America is a subsidiary of World Wide Child Care Corp. Visit http://childrenofamerica.com/ for more information.