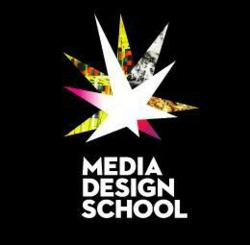 “To have screenings at SIGGRAPH is such an amazing achievement for these students … it’s hard to believe that many of them had never touched a 3D application until only a couple of years ago.”

New Zealand's Media Design School's clever and witty little CGI short films are making waves globally winning a healthy swag of awards at a selection of festivals worldwide over the past twelve months. Capping off wins in the Aspen Shortfest (US), Honolulu Film Awards, Talking Pictures (US) and finalist’s selection in the Visual Effects Society Awards Best Student Project category, is the recent announcement of representation at the prestigious SIGGRAPH conference in Vancouver 7-11 August this year.

Now in its 38th year, the SIGGRAPH conference is the premier international event on computer graphics and interactive techniques, and this year will draw over 25,000 professionals from five continents to Vancouver, British Columbia. Media Design School full CGI short film Time for Change is showing in the critically acclaimed Electronic Theatre (as part of the SIGGRAPH Computer Arts Festival). It also appears again alongside CGI-live action Alien abduction spoof First Contact in the Student Projects Screening (also part of the SIGGRAPH Computer Arts Festival).

The Media Design School short films are in illustrious company, other top global 3D and CGI institutes to have shorts featured in the SIGGRAPH Computer Arts Festival include US University Ringling College of Art and Design, and graduates from French CGI powerhouse SupInfocom Arles.

Media Design School Course Leader for 3D Animation James Cunningham had this to say of the announcement: "I am very pleased with our recent results. We have made half a dozen high quality short films now that are being screened at festivals all over the world, we're winning top awards (like Best Short Short at Aspen) and now, to top it off, two of our films have been selected to screen at SIGGRAPH – the mecca of all things CGI! Quite rightly we're being seen alongside the top schools of the world which is a fabulous achievement in such a short time frame. Advanced 3D Productions Senior Tutor Oliver Hilbert added, “To have screenings at SIGGRAPH is such an amazing achievement for these students and they should be very proud of the work they have produced. It’s hard to believe that many of them had never touched a 3D application until only a couple of years ago.”

Media Design School Chief Executive Frances Valintine said, “SIGGRAPH is such an important event for students to enable them to benchmark their work against the very best in the world. The knowledge gained and shared at this global event is influences the work that will be created tomorrow.”