With mobile apps and heavy spending on paid search marketing, the 2012 presidential campaign points to the future of digital campaign marketing. 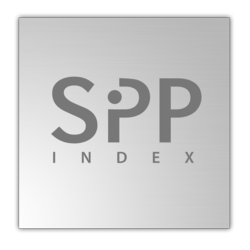 Four years later, the SIPP has been tracking not only candidate performance, but also the ever-changing landscape of digital marketing strategy.

Spartan Internet Consulting in Lansing, Michigan has been tracking over 650 different online key performance metrics (KPIs) about the 2012 presidential election using the Spartan Internet Political Performance (SIPP) Index. The SIPP Index was the first ever online political index and gained notoriety for predicting the 2008 election more than a month in advance.

Four years later, the SIPP has been tracking not only candidate performance, but also the ever-changing landscape of digital marketing strategy .

"From social media to mobile apps, that campaign really set the standard for all future presidential campaigns. This year we have seen both campaigns put a huge emphasis on both social and mobile, but what I have been most impressed with is the amount of money being spent on paid search."

Each campaign has spent tens of millions of dollars on ads from Google as well as promoted Tweets and Facebook posts. And with each campaign uploading multiple videos every day to YouTube, many garnering tens of thousands of views in just a few days, the Internet is where future elections will likely be won or lost.

Spartan Internet Consulting is a leading Michigan web design firm and strategic internet planning and implementation services provider based in Lansing, Michigan. We service global clients, as well as small businesses with SEO and paid search marketing. Spartan Internet has more than 30 specialists on staff with offices in Lansing, metro Detroit, Fort Lauderdale, and Washington DC.