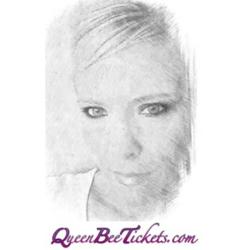 QueenBeeTickets.com is ready for high Dave Matthews Band ticket sales now that seats for more than 34 shows become available to the general public on March 22. The band is performing for a good portion of the year with concerts beginning on April 6 in Birmingham, Alabama, and concluding on September 8 in Mountain View, California.

Since Dave Matthews Band ticket sales always seem to run high for the group's concert performances, dedicated fans have become used to the fact that they need to act in haste when they want to acquire good seats. The upcoming tour is likely to have sold-out events across the United States, and discount Dave Matthews Band tickets will sell the quickest. Over 34 events will take place before the tour comes to an end. All but one is scheduled for U.S. cities. A Canadian concert in Toronto is planned for May 28 at Molson Amphitheatre. Some of the tour destinations coming up in the next few months include New Orleans, Louisiana; Austin, Texas; Scranton, Pennsylvania; Mansfield, Massachusetts; Darien Center, New York; Maryland Heights, Missouri; Cincinnati, Ohio; Tampa, Florida; Charlotte, North Carolina; Commerce City, Colorado; Salt Lake City, Utah; and Quincy, Washington.

When dedicated fans obtain 2013 Dave Matthews Band tickets, they are guaranteed a rollicking good time. The band's shows contain impressive renditions of their numerous hits and elaborate special effects that include visually appealing light shows. The band has become well known for their annual summer tours that take them to a number of locations throughout Europe and the United States. The talented musicians have performed annually during the summer months for 20 years in a row. Due to their hectic schedule, they decided to give themselves a break and take the summer of 2011 off. They are back on the road again, and 2013 Dave Matthews Band tickets will soon become available on March 22 for all of their 34+ events.

DMB has acquired a huge following of loyal fans who eagerly purchase discount Dave Matthews Band tickets for summer concerts, sometimes every year. The group's popularity is certainly not hurt by the fact that they allow the majority of their live shows to be recorded by fans for non-profit purposes. Concertgoers can relive the event over and over again long after the show has come to an end. The band has released eight albums since 1994, and there is a great deal of material from which to choose for concert shows.

QueenBeeTickets.com has the largest inventory on the Web, and it is certain that discount Dave Matthews Band tickets will be easy to locate. Tickets come with a satisfaction guarantee and can be purchased in complete confidence due to secure encryption methods that are always used to protect confidential information. When 2013 Dave Matthews Band tickets are purchased, orders are processed promptly, and deliveries are always on time for the event. Dave Matthews Band ticket sales will be high for the upcoming summer tour, and QueenBeeTickets.com is ready. 2013 Pink concert tickets are another top seller in the concert category today.