Cryptic Disk 3.0: the State of the Art in Disk Encryption Software

On August 23, 2010 EXLADE released Cryptic Disk 3.0, a new version of its disk encryption software for protecting any kind of secret: from personal correspondence and confidential information on home computers, to revolutionary breakthroughs, financial reports and business secrets on workstations on a corporate network. 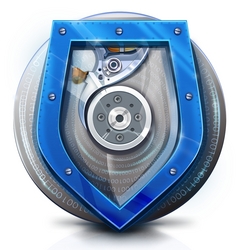 Uniting technology and strategy in encryption

Cryptic Disk allows users to create virtual encrypted disks as well as encrypt hard disks, drive partitions, USB drives and memory cards. They are then mounted as disks assigned to a drive letter of the user’s choice or as normal folders on NTFS disks. The program’s transparent (on-the-fly) encryption happens in real time and has no impact at all on computer performance.

The new release of the disk encryption software saw an overhaul in the data encryption process: the list of algorithms was considerably expanded, and a cascade encryption method (where multiple algorithms are used sequentially in any order to encrypt data) was added to augment protection against any possible attacks from hackers. Thanks to the use of this method, encryption key size jumps from 256 to 2944 bits, which certainly boosts both encryption strength and reliability.

An additional method to protect information is to create hidden encrypted disks inside of already existing ones (i.e., steganography), with up to three layers of nesting. This serves to deceive potential adversaries into thinking that no disk encryption software is present, when the opposite is in fact the case.

The new version has strong built-in protection from brute force password attacks, as well as a virtual keyboard which serves to reliably protect user-entered passwords from keyloggers.

All of these functional enhancements to Cryptic Disk make it practically impossible for your encrypted data to be broken into.

A pleasant addition is support for setting automatic actions upon mounting/dismounting an encrypted disk, such as playing sound files or launching programs or scripts.

The major changes, however, are not limited only to the software’s functionality and encryption functions. The program now boasts a redesigned, maximally ergonomic and convenient interface unmatched by other disk encryption software.

Cryptic Disk provides an unrivaled set of features for protecting your information. At the same time, it is simple to use and understandable even for beginners, which is hardly the case for most disk encryption software. Professional users will appreciate Cryptic Disk bringing new and unique features to this class of software.