Expects numbers to eventually equal those of heterosexual couples. 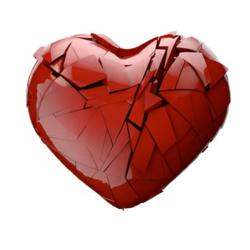 It just goes to show that relationships are pretty much the same whether you are gay or straight.

Divorce.us.org officials said that the latest gay divorce marriage statistics do not surprise them, and indicate that gays and lesbians are beginning to achieve both marriage and divorce equality with their straight counterparts.

“When we first started including gay divorce information in our database, people asked us if there would be enough data for it to be worth our while,” a company representative said. “But now we are seeing that gay divorce will be as much a part of societal relationships as straight divorce.”

The company stressed that this is not a comment on the state of gay marriage itself.

“It just goes to show that relationships are pretty much the same whether you are gay or straight,” the representative said. “People are people, and behave in very predictable ways.”

The company said the divorce statistics quoted by AboveTheLaw.com are similar to what they've seen in their database.

Divorce.us.org is a top resource online for divorce records, marriage records, and other family background information. A simple search can turn up hundreds of records on just one name. Find out the divorce records needed today on this reliable database.