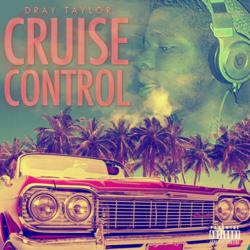 Dray Taylor hails from Elkhart, Indiana. Determined to make his dream of making a career in the music industry, he will stop at nothing to fulfill his passion. He discovered his love for music through church, listening to the radio and studying hip-hop. With an old school smooth sound, Taylor is setting himself apart from the popular up tempo style of most hip-hop songs out today.

Relatively new to making music, he released “Cruise Control” to showcase his talent and growth during the past year. The mixtape displays well thought concepts and his ability to make classic music with real messages. Keep up with all updates by visiting his Twitter.