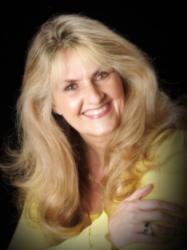 Bullying is a phenomenon of governments, employers, lovers, fellow students. . . whenever intimidation and power-play occur.

September 1 on 94.7FM KTWV-FM "The Wave" at 6:00 AM, Dr. Carol Francis discusses Bullying on CBS Radio LA Openline.  Dr. Carol Francis, Psychologist, Author, Child and Marriage Therapist, answers caller's questions about bullying in their families, at work or school or on the internet. Also Tune-in on http://www.947thewave.com or 94.7 HD2 @ 6:00AM with Dr. Carol Francis and Host Scott Mason.

What to do to help children, schools and parents is addressed by Dr. Carol Francis at RelationshipSatisfactionNow.com or on this Saturday morning, September 1 on 94.7FM KTWV-FM "The Wave" at 6:00 AM, Dr. Carol Francis discusses Bullying on CBS Radio LA Openline. with Scott Mason on CBS RADIO LA OpenLine.

Parents need to ask teens and pre-teens what type of bullying they see or experience at school. Listen, ask open-ended questions. DO NOT make them defend their responses nor blame them for those onslaughts while you listen. Learn about a child's school world.

Parents also experience bullying at work with bosses who yell and intimidate, co-workers who gossip slanderously, or unwanted sexual advances. Perhaps parents too have contributed to the bullying scene as an act of self-defense.