As American Idol Season #8 kicks off, Sober College and its Music Program are preparing students for Season Nine auditions 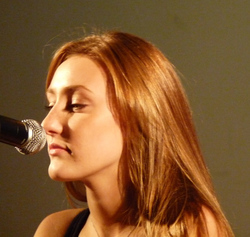 Your Next American Idol?

I really never even thought about singing. I used to sing in choir as a little girl, but somewhere along the way, drugs became more important to me than anything else.

Ripped from the heart of Alaska by the clutches of drug abuse, Madeline T. found her voice (and herself) in drug rehab through the Sober College Music Program. The barely 18-year-old Madi spent her first four months without realizing or revealing her gift. "I really never even thought about singing. I used to sing in choir as a little girl, but somewhere along the way, drugs became more important to me than anything else."

The Sober College Music Program, headed up by Music Director, James Fuchs, a recovering addict himself, provides a venue for students to express their creative side. "I was doing assessments and asked Madi to sing. What came out of her was pure raw talent. I couldn't believe she had no formal training," stated Fuchs. "The challenge at this point, is getting her comfortable with her voice and of course, herself. Like so many addicts, Madi struggles with confidence. With her traumatic past and life story, she has quite a path to overcome, but I am confident she has the talent," continues Fuchs.

Monthly Open Mic Nights, quarterly Talent Shows and access to an on-campus professionally built recording studio provide a framework for her growth as a singer. "I'm still shocked that they think of me as a singer. When we had the meeting to discuss going to American Idol, my head kept saying no, but my heart led me to yes. Afterall this is the first time I've ever really been sober and at this point, I'm ready to try anything," says Madi

According to drug rehab founder Robert Pfeifer, "This is not about the end goal, it's about the journey. Events like this one are critical to focus our students and our staff on a goal. For someone like Madi, we set the goal of just showing up at the audition. The truth is, we don't even know when auditions will happen, we just know that it will probably take her 6-7 months to get ready. Because her recovery is first priority, we made sure to have a counselor on her team. Her continued personal success is the top priority."

According to Fuchs, "In our first meeting, we spoke about the realities of American Idol and keeping expectations in line. We asked her about Simon and I just loved her response" expresses Fuchs. According to Madi, "Simon's the easy part, I can handle him. After what I've been through that sounds like a cake walk. If he's yelling at me, then I've made it. Bring him on."