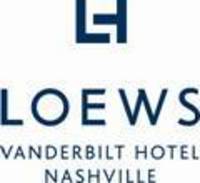 Avid Elvis fans the world over will be “All Shook Up.” So much so that some diehards will break out their old “Blue Suede Shoes.” Other aficionados will ponder the purchase of a “Hound Dog” to howl at a “Blue Moon.” And who would blame them if they booked a room at “Heartbreak Hotel?”

The shake, rattle and roll crowd will want to hit all the high notes to commemorate what would have been the 75 birthday of the “King of Rock ‘n’ Roll” on January 8, 2010. And what better place to celebrate than at Loews Vanderbilt Hotel in Nashville, Tennessee, Music City, USA, where Elvis recorded some of his greatest hits?

For those who really want to celebrate, The “Elvis in Music City” package features perks and privileges fit for a king: luxurious accommodations at the hotel; a personally guided tour through world-famous Historic RCA Studio B and private recording session in the same studio where Elvis recorded the chart-topping “Are You Lonesome Tonight?” and “How Great Thou Art,” to name a few.

Available through August 16, 2010, the “Elvis in Music City” package is exclusive of tax and gratuity, and subject to availability and change. For more information or to reserve, call (615) 321-1915.

Historic RCA Studio B
In the heart of Music Row, Historic RCA Studio B has been at the center of Nashville’s music scene since 1957. Built and leased to RCA Victor in 1957, Studio B stayed in active use until 1977. More than 35,000 songs were recorded, of which over 1,000 became Top Ten hits. In its heyday, Studio B saw the creation of numerous chartbusters, such as Dolly Parton’s “I Will Always Love You,” Elvis Presley’s “Are You Lonesome Tonight?” and Charley Pride’s “Kiss an Angel Good Morning.” The Country Music Hall of Fame and Museum began operating Studio B in 1977 and in 1996 restored the primary studio area to its original look.

About Loews Vanderbilt Hotel
Nestled in the heart of Nashville’s trendy West End corridor, the 340-room Loews Vanderbilt Hotel is within walking distance of Vanderbilt University, one mile from Music Row and a short 15-minute drive from Nashville International Airport (BNA). The hotel offers the ultimate Music City experience, complete with southern hospitality, indulgent comforts and on-cue services. The property is one of only 73 hotels nationwide to achieve the AAA Four-Diamond designation for 25 consecutive years.

From its lobby jukebox stocked with tunes of VIP guests to its impressive collection of autographed records and musical memorabilia, Loews Vanderbilt Hotel is a “home away from home” that reflects Nashville’s heritage and local music culture. Live music nightly and wake up calls recorded by Nashville entertainers Vince Gill, Amy Grant and Brenda Lee give guests a glimpse of the authentic sights and sounds that make Music City famous.