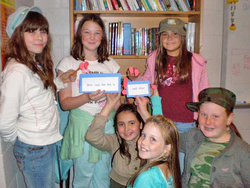 Rogers Communications, for example, one of Canada's largest telecommunications companies, learned the hard way just how important proper punctuation could be, when an attorney misplaced a comma in a contract with a company that agreed to lay Rogers's cables across the Maritimes. A Canadian court said ignorance of correct punctuation was no excuse and invalidated what was believed to be an ironclad five-year contract. That errant squiggle alone cost Rogers $2.13 million. (You can read about this case at http://www.NationalPunctuationDay.com)

"Punctuation has been devalued by a generation of computer wizards who ask, 'What's the point? Nobody writes in complete sentences anymore,'" says Jeff Rubin, founder of National Punctuation Day. "But the rules of proper punctuation haven't changed just because of computers," he says.
"Casual shortcuts bred by e-mailing and text messaging have no place in professional business writing," Rubin says. "Words have power and help decision-makers form impressions immediately." Clarity and attention to detail remain imperative. Explains Rubin: "Careless punctuation mistakes cost time, money, and productivity."

The 5th Annual National Punctuation Day on September 24 draws attention to the importance of proper punctuation. Yes, proper punctuation is important, especially when a misplaced comma, as Rogers Communications learned, can alter the meaning of a sentence and cost you $,$$$,$$$!

HOW TO PARTICIPATE IN NATIONAL PUNCTUATION DAY

What can you do to participate in National Punctuation Day on September 24?

Founded in 2004 by former newspaperman Jeff Rubin, NPD is listed in Chase's Calendar of Events and The Teacher's Calendar, two directories published by McGraw-Hill.

The annual event is widely recognized. Bank of America in Tampa, FL, for example, commemorates NPD with a week-long array of celebrations and trivia contests. Last year, Rubin was a guest on dozens of radio shows, NPD received significant newspaper coverage, and the Dayton Business Journal in Ohio baked cookies and pastries in the shape of punctuation marks.

To learn how schools or companies can participate in National Punctuation Day, or to schedule an interview with Jeff Rubin, the Punctuation Man, visit http://www.punctuationplaytime.com, call Jeff at (877) 588-1212, or e-mail Jeff at jeff [at] national punctuation day [dot] com.