There are currently a number of amazing Broadway shows currently running around the country. Epic Nation Tickets now offers the largest selection of cheap Broadway tickets. 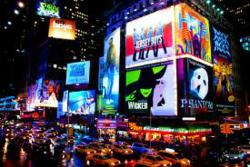 For those people who are fans of the theatre, there is an incredible amount of Broadway shows running. Epic Nation Tickets has the largest amount of discounted tickets to Broadway shows, whether it's in New York City or apart of a traveling company around the country.

Also making the list of top Broadway shows is "Lucky Guy" starring Tom Hanks, "Matilda: The Musical", "Motown: The Musical", "Spider-Man" Turn Off The Dark", and classics such as "Wicked", "Annie", "Phantom of the Opera' and more.