The NCAA Men's Basketball Tournament is down to 16 teams. Epic Nation Tickets has discounted tickets to all games available. 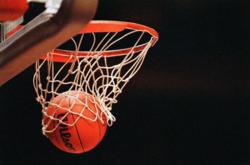 The men's NCAA tournament is now down to 16 teams. The Sweet 16 is set to being this coming Thursday, culminating in Elite 8 games on Saturday and Sunday. Epic Nation Tickets is offering cheap tickets to all NCAA regional games.

There are 4 regionals split throughout the country. In the East Regional, Indiana, Syracuse, Marquette and Miami, playing in the Verizon Center in Washington DC. In the Midwest remains heavyweights Louisville, Duke, Michigan State and Oregon playing in Indianapolis at Lucas Oil Stadium. Squaring off in the South Regional in Arlington, TX at the Dallas Cowboys Stadium will be Florida, "Cinderella story" Florida Gulf Coast, Michigan and Kansas. Finally vying for a Final 4 berth in the West at Staples Center in Los Angeles will be Ohio State, La Salle, Arizona and Wichita State.

Epic Nation Tickets has made available cheap tickets for all regionals. Fans are able to buy tickets for an entire session, which gets you access to three games or fans can buy tickets individually to the sweet 16 and elite 8 games. A reminder that the Final 4 winners will compete for the NCAA Men's National Championship in Atlanta from April 6-8.