ESCORT Inc., maker of the world's best radar and laser detectors, has won several 2009 CES Innovations Awards for excellence in design and engineering. Featured in the most recent issue of Mobile Electronics magazine, ESCORT flagship brands PASSPORT and Beltronics both won Innovation Awards for the Vehicle Accessories category. 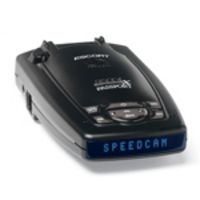 This artificial intelligence makes the PASSPORT 9500ix the most accurate detector on the road. You drive - it learns - end of story.

ESCORT Inc., maker of the world's best radar and laser detectors, today announced that it has won several 2009 CES Innovations Awards for excellence in design and engineering. Featured in the most recent issue of Mobile Electronics magazine, ESCORT flagship brands PASSPORT and Beltronics both won Innovation Awards for the Vehicle Accessories category. "We are very excited about winning as well as appearing on the cover of one of the industry's most prominent retail publications, one that distinguishes the best of the best," said John Larson, President and CEO of ESCORT. "It is humbly satisfying to have our products so highly recognized by independent retailers and consumers - having autonomous accolades such as these is the utmost confirmation that your products are the very best!" he added.

Prominently placed on the cover of Mobile Electronics magazine (January 2009), the PASSPORT 9500ix Radar Detector was awarded a CES Innovation Award in the category of "In-Vehicle Accessories". A consistent winner of all major radar detector long range detection tests, the PASSPORT 90500ix breaks new ground by building upon ESCORT's patented TrueLock™ feature, which uses GPS technology to eliminate false alerts by indexing their exact location and frequency. And the new AutoLearn™ feature automatically analyzes all incoming signals and automatically eliminates false signals. "This artificial intelligence makes the PASSPORT 9500ix the most accurate detector on the road. You drive - it learns - end of story." said Tim Coomer, ESCORT's Vice President of Product Development.

The 9500ix also addresses the single fastest growing threat drivers face today - the increasing numbers of fixed position speed and red light cameras. The 9500ix is prepared to meet this expanding new threat by incorporating a North American safety camera location database, which alerts the driver prior to approaching. The 9500ix safety camera database can also be updated via ESCORT's website.

It comes as no surprise to the engineers at ESCORT that the Beltronics Professional Series GX65 radar detector is a CES Innovation Winner. That's because they designed the GX65 with the same award winning technology as their other ESCORT brand radar detectors. Sister and peer to the 9500ix, the GX65 shares the industry's top spot for the best long-range detection on all radar and laser bands and instant-on POP.

GPS technology allows the GX65 to provide permanent relief from false alarms. And like the 9500ix and 9500ci radar detectors, the GX65 comes preloaded with the North American red light and fixed position speed camera database and is updateable via the Beltronics website.

The PASSPORT 9500ci reinforces ESCORT's unrelenting radar and laser detector dominance by incorporating the same features found in the flagship 9500ix windshield mount radar detector, but in a custom installed system. Included in the design are both ESCORT's patented TrueLock™ feature, similar to the 9500ix uses GPS technology to eliminate false alerts, and the new AutoLearn™ feature which automatically analyzes all incoming signals and automatically permanently eliminates false signals. "These features make the PASSPORT 9500ci the world's only custom installed radar and laser defense system to possess this advanced technology," said Coomer.

The 9500ci operates as a complete radar and laser defense system yet is completely discreet - it can't be seen due to its integrated installation. Its blue LED full-text display provides instant visual threat information while a separate controller allows easy operation - separation of the display and controller yields great flexibility for the installation and maintains the aesthetic beauty of the owner's vehicle. The receiver is also completely undetectable to all known scanning devices, making the 9500ci the stealthiest custom-installed detector in the world.

Laser protection is accomplished by multiple sensors mounted front and rear of the vehicle. These sensors are able to measure minute fragments of light produced by laser guns and provide superior laser detection. The 9500ci laser sensors also have "Shifting" capability, which significantly reduces the possibility that the driver will be stopped due to being targeted by laser guns.

And like the windshield mount 9500ix model, the 9500ci also incorporates a North American safety camera location database to alert to fixed position speed and red light cameras. The 9500ci camera database can be updated via ESCORT's website.

About ESCORT, Inc.
ESCORT Inc. is the leading manufacturer of high-performance radar and laser detectors. ESCORT manufactures products under the ESCORT, PASSPORT, SOLO, Vector and Beltronics brands. The company is headquartered in West Chester, Ohio with its principal manufacturing facility located in Mississauga, Ontario, Canada.