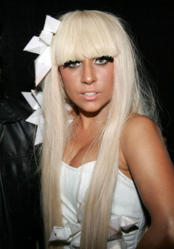 Explore Talent a premier online social-network for talented individuals in the entertainment industry, announced a new blog on their news site today, titled, "No More Press Interviews for Lady Gaga," according to E! News on 3/16/12. The blog, (http://news.exploretalent.com/no-more-press-interviews-for-lady-gaga/) states that when Oprah Winfrey sat down for an interview with world-famous singer, Lady Gaga, little did she know that she would have the last interview with the singer for a while.

While speaking to Gaga and her family in their New York home for "Oprah's Next Chapter," which will air next Sunday on OWN, Oprah was told that Gaga has nothing else to say to the media (E! News, 3/16/2012).

However, fans shouldn't be too devastated as Gaga will surely still communicate to them, if not through interviews, than surely through Twitter. The "Born This Way" singer currently has 20 million followers on Twitter (E! News, 3/16/2012).

Explore Talent's proprietary software and vast infrastructure is the most advanced entertainment-based technology of its kind. The site's popularity is based on the fact that there are many ways for talent to network, make friends and connect with other industry players, participate in wide variety of contests and earn prizes for being active on the site. The easy access to a pool of six and a half million members attracts industry players who are posting every month about 50,000 new auditions and job openings which is 30 times more than any other site.