The single is presented by Coast 2 Coast Mixtape Promotion 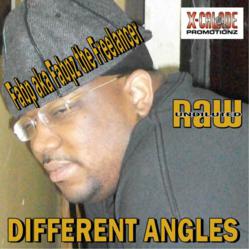 Hip-hop artist Fabp aka Fabpz the Freelancer has released “Different Angles.” The single, presented by Coast 2 Coast Mixtapes, is now available for download.

Fabp aka Fabpz the Freelancer hails from New York City. He decided to pursue his dream of being a recording artist and producer in 2006 after doing internships at several recording studios. Influenced by the hip-hop and dancehall genres, he has been able to create a unique, versatile sound.

Fabp produces all the beats for his projects and has received thousands of downloads to date . Keep up with all Fabp updates by visiting http://www.x-caladepromotionz.com.