Crooked Brook is offering a discount of 20% off of their wheat, 100% Cotton Seersucker Fabric. Crooked Brook is a unit of the atelier division of an art studio that offers full service apparel design, pattern making, sample making, private-label small lot production, and fabric by the yard. 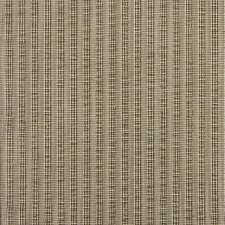 Crooked Brook is offering a discount of 20% off of their wheat, 100% Cotton Seersucker Fabric from 3/29 - 4/5/2013, with the promo code “452013”. Crooked Brook is a unit of the atelier division of an art studio that offers full service apparel design, pattern making, sample making, private-label small lot production, and designer fabric by the yard.

Seersucker is a lightweight fabric that is usually made in 100% cotton, however, it can also be found in blended fabrics. It has a puckered texture that is typically striped, but also checked, that is traditionally used to make clothing for warm or hot weather. The word came to the English language from Hindustani (Urdu and Hindi), which comes from the Persian words "shir o shekar," meaning "milk and sugar," most likely comparing the fabrics alternating soft and coarse stripes to the contrasting textures of milk, being smooth, and sugar, being coarse.

A weaving process called slack-tension is used to create the distinctive characteristics of seersucker. The tension on several of the warp yarns are held tighter than others which result in a crinkled striped fabric which allows the fabric to be away from the skin when worn, allowing for easier air flow keeping the wearer cool since the warm air is not trapped close to the skin. In addition, the fabric is comfortable, easy to wash and requires little or no ironing.

Typical garments made from seersucker are yoga pants, summer suits, lab coats, shirts, buckwheat hull pillow cases, bathrobes and chef coats. Blue and white are the most common colors found in seersucker; however, it is made in a wide variety of colors, generally alternating color and white stripes which are somewhat wider than traditional pin stripes, but also can be plain, plaid, gingham (small checks), and a variety of printed designs.

Seersucker was very popular during the British colonial period in the tropical climates, and was used to make many different garments when it was first introduced in the United States around 1907. It was regarded as a summer foundation for a gentleman’s attire, particularly for men’s summer suits in the Southern climates where they favored the lightweight fabric during the hot and humid summer season. This was particularly true before air conditioning was introduced in the 1950s.

During World War II, the first female United States Marines wore seersucker for their summer service uniforms. Captain Anne A. Lentz, one of the original female officers chosen to head the United States Marine Corps Women’s Reserve (USMCWR) was the one who made this choice.

In 1996, Republican Senator Trent Lott of Mississippi began the tradition of Seersucker Thursday, where members of the US Congress dress in traditional Southern fashion, because he wanted to "bring a little Southern charm to the Capitol", as well as to remind them how they dressed before the introduction of air conditioning. The tradition was just recently discontinued in June 2012.

Crooked Brook is a unit of the atelier division of an art studio that offers full service apparel design, pattern making, sample making, private-label small lot production and embroidery. Since 1989, they’ve built a strong reputation of providing top-notch apparel designs, patterns, fit and production samples for many brand name catalogs and retailers, as well as wardrobe and costumes for movies, television and theater.

With a design studio in New York City, (the fashion and gastronomic capital of the world) and a production facility in Utica, New York, they’ve garnered international brand name recognition as the maker of the “World’s Highest Quality Chef Jackets™”.