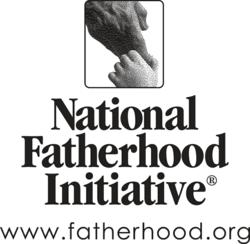 National Fatherhood Initiative (NFI) will bestow its Fatherhood Award™ on “Grug” -- the star of the upcoming 20th Century Fox/DreamWorks Animation feature, The Croods -- at a pre-screening of the film in New York City today.

The Croods follows a prehistoric family on a road trip through dangerous and fantastical terrain as they seek a new home. Throughout the adventure, Grug protects his family from various dangers, being the first line of defense in this new world as The Croods embark on their first family roadtrip. He also works through the challenges of raising his teenage daughter, Eep, and develops an especially strong bond with her.

Vincent DiCaro, NFI’s vice president of development and communication, said, “Grug epitomizes many of the ideals of what being a dad is all about. First and foremost, he understands that being a great dad means sacrificing your own comfort and safety to ensure that your family is taken care of. National Fatherhood Initiative is honored to bestow the Fatherhood Award™ on Grug for exemplifying involved, responsible, and committed fatherhood.”

Upon hearing about his Fatherhood Award™, Grug said, "I'm very humbled by this honor and am deeply grateful. Now everyone get back in the cave where it's safe!"

"It was an honor to play the paternal Grug, because of his commitment to his children. I celebrate all fathers who remain devoted to spending time with their sons and daughters, to just be there for them," said Nicolas Cage.

The Award will be presented at a pre-screening hosted by The Moms (Denise Albert and Melissa Musen Gerstein), the multi-platform lifestyle brand and event company. Since Grug will be unable to accept the award in person, directors Kirk De Micco and Chris Sanders will accept on his behalf.

The screening begins at 4 p.m. EDT at AMC Loews Lincoln Square Cinemas, to be followed by the Award presentation and a celebrity Q&A with Catherine Keener, De Micco, and Sanders.

The presentation of the Fatherhood Award™ kicks off a campaign from NFI to promote the pro-fatherhood themes and messages in The Croods. Leading up to its nationwide release date of March 22, NFI will employ its social media properties to use teachable moments from the film to inspire dads and generate enthusiasm for the film. Follow the campaign on Twitter, on Facebook, and at fatherhood.org.

Inaugurated in 1997, NFI's Fatherhood Award™ is presented each year to individuals, corporations, and organizations that make a substantial contribution to strengthening involved, responsible and committed fatherhood. Among the over 100 recipients of the Fatherhood Award™ are: NBA superstar Dwyane Wade; actor James Earl Jones; country music superstar Tim McGraw; former NFL coach Tony Dungy; newsman and author Tim Russert; and corporations such as Johnson & Johnson, Google and Chevrolet. All past awardees can be viewed at http://www.fatherhood.org/fatherhoodawards.

As the premier fatherhood renewal organization in the country, National Fatherhood Initiative (NFI), founded in 1994, works in every sector and at every level of society to engage fathers in the lives of their children. NFI is the #1 provider of fatherhood resources in the nation. Since 2004, through FatherSOURCE, its national resource center, NFI has distributed over 6.3 million resources, and has trained over 12,700 practitioners from over 5,900 organizations on how to deliver programming to dads. NFI is also the most quoted authority on fatherhood in America. Since 2009, NFI has been mentioned in over 3,200 news stories, and makes regular appearances in national media to discuss the importance of involved, responsible, and committed fatherhood. Learn more at http://www.fatherhood.org.