The leaders of Sayoc Kali have been progressively increasing the number of training groups in order to meet demand of the popular martial art. Cumulative marketing efforts by the team at Route 72 Systems has contributed to this. 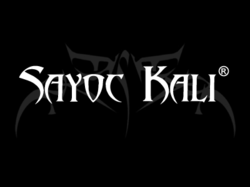 The increasing popularity of Sayoc Kali, partly due to consistent exposure on the hit T.V. show NCIS: LA, has inspired the organization to invest time in developing more training groups to handle the demand. The main headquarters of Sayoc Global is located in Pennsylvania so it is only natural the primary groups grew from this base. In the past year, the Mid-Atlantic region has seen significant training group additions under the sponsorship of Guro Bob Shin as can be seen here: http://sayoc.com/schools/

In order to train Sayoc Kali, one can join one of the classes already established. Only authorized Sayoc instructors teach classes with all instructional material following the guidelines under the Sayoc Kali-Silak Training Association (SKSTA). If there isn't a school within driving distance in the area, one can attend frequently held seminars. Starting a training group is the next course of action if none of the previously mentioned methods are available. With multiple locations now thriving in Maryland, Washington D.C. and Virginia, the Mid-Atlantic area groups are looking to strengthen this growth.

Route 72 Systems have been involved for the last few months in marketing and promotion with the marketing team of Sayoc Global. Strategizing on increasing exposure for the new training groups is the planned next step. With over 15 years of experience and success with free lead generation, Route 72 Systems is well suited to assist with this unique Filipino martial art.