Full Moon Vampire a Free Online Game can now be played on the Web, Facebook and on Android. 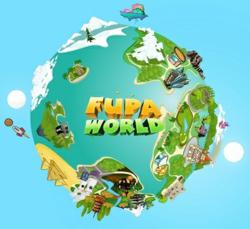 Full Moon Vampire, is one of our most popular social games and we hope by expanding it to the Android market we can give many more people the opportunity to play this exciting game.

Fupa Games Inc announced the release of one of their most popular social games, Full Moon Vampire, for Android devices. Full Moon Vampire is playable on Facebook, on the web, and now on Android. Users from all three can now play together on the same server. Fupa will reach out to an even bigger market by making it available on Android phones and tablets.

"Full Moon Vampire" allows other players to battle and adventure though the ages, building their own brood and battling immortal foes, while allowing the player to arise and become the supreme vampire. When their thirst for blood comes the players may mingle in the towns and cure their cravings for blood. Full Moon Vampire has never failed to keep the player entertained and wanting more.

Full Moon Vampire is an online social RPG game with thousands of players worldwide and it comes with a myriad of different features. Some features include thousands of items like hammers, stakes, and sword, over one hundred and fifty missions, and over one hundred vampire heroes. It also features thirty massive missions to battle enemies, ten weekly tournaments, fifteen areas across history plus dynamic areas, a thirty-two item loot lottery system plus several other game enhancing RPG features.

"Full Moon Vampire, is one of our most popular social games and we hope by expanding it to the Android market we can give many more people the opportunity to play this exciting game," says Lars Mapstead President of Fupa Games Inc.

Fupa, headquartered in Santa Cruz, California is a casual social video game developer with more than Three million monthly active users playing their games. There are fifteen different categories of free online games! Each of the categories is loaded with hundreds and thousands of Girl Games, puzzle games, dressup games, strategy games, sports games, action games, adventure games, flash games and many more. Our over fifty thousand games makes Fupa Games one of the largest sources of free internet games! Fupa games are available on several platforms including the Web, Facebook and Android. For more information, visit http://www.fupa.com.