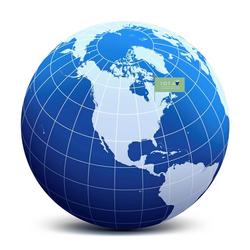 Wholesale distribution:
IOTA's contemporary garden planters and sculpture are now available to US retailers via local market wholesale distribution. The distributors selected by IOTA have coast-to-coast coverage, with both representative networks and regional showrooms. 2007 saw some notable sales achievements: such as a listing with Nieman Marcus, achieved by IOTA's Miami-based garden sculpture distributor.

Corporate direct:
Direct corporate enquiries grew significantly in 2007, with greatest interest in IOTA's large planters in natural stone. Orders were shipped as far afield as Chicago to Kentucky, and New York to Hollywood; and, in addition, IOTA is increasingly specified on major international projects controlled from within the North American market. For example, IOTA is now working with Toronto-based Four Seasons Hotels and Resorts, most recently on a project requiring custom granite planters for a hotel in Mauritius.

Design professionals:
From large commercial plant containers to designer pots for the garden, supply via design professionals is a major activity for IOTA. The company has identified this business as a long-term strategic priority worldwide, and 2007 saw management focussed on identifying the needs of this customer community in North America. As a demonstrable measure of this commitment, in 2007 IOTA became a Corporate Member of ASLA - the American Society of Landscape Architects.

Said IOTA's Chief Executive, Mark Chessell: "2007 has been a good year in North America for IOTA's exclusive ranges of designer garden planters and garden art, and we now have strong strategic assets in place and significant momentum established. To select just one highlight from the year: I am personally delighted that IOTA has been accepted as an ASLA Corporate Member, as I think this is extremely important for us long-term. However, despite a positive year, I would be the first to admit that these are still very early days for IOTA in North America. These are markets which require sustained effort and strategic commitment over the long-term - so I guess you could say that we have only just begun to show what IOTA can deliver."

About IOTA
IOTA is a leading international designer and manufacturer of contemporary garden art and planters, and their products feature in numerous schemes worldwide for private residences, blue-chip corporations, public authorities and the hotel and leisure industry. Ranges include modern garden art, and exclusive ranges of contemporary garden pots, planters and water features. Their clients include high-profile designers, landscape architects, and garden centres - and IOTA's products are also available to the general public, via their website.