New national effort by the three largest LGBTQ Jewish organizations brings together the Jewish community to fight bullying and stand up for LGBTQ youth. 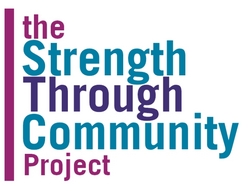 Strength Through Community: A Jewish Response to Bullying of LGBTQ Youth

Anyone who condemns LGBTQ people with religious language is blaspheming God's name.

In response to increased awareness of bullying, torture, and suicide affecting LGBTQ young people, Congregation Beit Simchat Torah(CBST), Keshet, and Nehirim have launched the “Strength Through Community” project (STC), a Jewish response to Lesbian, Gay, Bisexual, Transgender, and Queer youth in crisis. The project brings together the many ways Jewish organizations have begun to respond to the bullying faced by many LGBTQ teens.

At the project’s center is an online video campaign highlighting stories by members and leaders of Jewish organizations to provide messages of support grounded in faith and an invitation to join them in their communities. The messages are guided by principles developed with the support of the American Foundation for Suicide Prevention (AFSP) and have received over 9,000 views since their launch. A new website, StrengthThroughCommunity.org, now hosts videos created for the project, other related videos, and relevant news. This new partnership invites communities and individuals to submit their own videos.

The project also includes: In God’s Name: Hate is the Abomination, an action in New York organized by Queer Rising; training for staff of all religious communities through a partnership with the AFSP and their local chapters; and promotion of “Do Not Stand Idly By”, a pledge launched by Keshet stating that bullying of our LGBTQ youth will not be tolerated in our communities and signed by over 8,000 individuals and organizations.

Video messages include those by Rabbi Sharon Kleinbaum, Senior Rabbi of CBST, Barbara Gaines, Executive Producer of The Late Show with David Letterman, Graham Parker, Vice President of WQXR, the most listened to classical radio station in the country, and dozens of videos soon to be released from other leaders and communities.

“Anyone who condemns LGBTQ people with religious language is blaspheming God's name. LGBTQ people in crisis need to know that we are here for them and that wherever they are they have a home with us. In a country where two thirds of people believe the pulpit is in part to blame for the bullying of LGBTQ people, our communities raise our voices with a positive message steeped in faith,” said Rabbi Sharon Kleinbaum about the project, which was originally created by CBST as a response from that community, and has grown to a nationwide effort.

Idit Klein, Executive Director of Keshet, said, “Now is the time for us to say to our young people, you will always have a place in the Jewish community. We stand with you. We support you and we will fight for your right to live with authenticity and joy.”

Ilene Sameth, Executive Director of CBST, said “this is an important process for both those at risk, and our communities. The Jewish world is responding with great force and this project provides a mechanism for sustaining that work.”

For more information about this project, or to schedule an interview, please contact Gabriel Blau at 212-929-9498 x25 or email gblau(at)cbst(dot)org

Congregation Beit Simchat Torah is one of the oldest and largest faith based LGBTQ action and community organizations in the country. Serving as New York’s synagogue for the LGBTQ Jewish community, and with an active social justice and educational program, CBST is a renowned leader of progressive religion and LGBTQ Jewish issues.

Nehirim (“Lights”) is the leading national provider of programs for gay, lesbian, bisexual, and transgender (GLBT) Jews, partners, and allies. Our retreats and other programs transform lives, and inspire GLBT Jews to be agents for change in their home communities. Nehirim is an independent, nonprofit, and nondenominational organization which celebrates the gifts of Judaism and sexual & gender diversity.

Press Release: Jewish Community leads faith based response to Bullying of LGBTQ YouthThis is a PDF version of the press release.