According to Paul Angelo, Gay Matchmaker, Many Gay Relationships End Too Soon Because Gay Men Expect Their Partners To Make Up For The Parts They Abandoned. Three New Psychological Secrets Enable Gay Men To Settle Down With Mr. Right Into A Long-Term Gay Relationship. 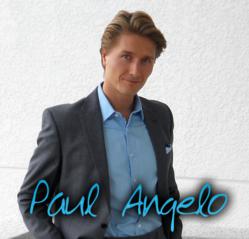 According to Angelo, in the absence of gay coaching, gay men look for partners to compensate for their weaknesses and create co-dependencies that result in anxieties and breakups down the road. It is a vicious circle that can last a life-time.

"2013 is about fulfilling and satisfying long-term relationships for gay men over 40. The three secrets you are about to discover will get you the right partner, stability and love." says Angelo, gay matchmaker and gay life coach working exclusively with gay men over 40.

"In most situations, what we lack, is what we want from our partners" says Angelo. Angelo agrees that we need to take full responsibility for all areas of our lives, not just the ones that we naturally are good at. Otherwise our choice of partners is based not on their character (example: honesty) but on how they compensate for our weaknesses.

The first task for any gay man over 40 should be to discover his goals, values, strengths and weaknesses. Such work takes a few months and is the foundation for clarity from which come our choices. "If you don't know what you want, you cannot make proper choices in your partners and in other areas of your life. Clarity is the bottom line." says Angelo.

The second task is about learning from the past. Specifically, Angelo recommends to look at the weaknesses we compensated for by the selection of our partners in the past. A gay man can start by asking himself the following questions: "Did you live in an average-looking place and found love with a man who had a beautiful place? Did you drive an old car but found attraction with a man who had a nice car? Did you forgo education and became attracted to a man with a masters degree or a PhD?". Many men will find out that their selection was based on something they wanted to have, but instead of taking responsibility to create it, they looked for that in their partner. "Much of that is done unconsciously but it is easy to spot." says Angelo.

The third and final psychological secret for any gay man seeking a long-term stable relationship is to take full responsibility for his education, car, house, money, body, health, sexuality, enjoyment, adventure, social circle and creativity instead of looking for partners who are substitutes for the work that he needs to do himself.

"Relationships are not about a free-ride. As individuals we must first complete our own development as adults prior to having a fully satisfying and happy gay relationship. This process is called individuation and is crucial to a healthy relationship." says Angelo.

According to Angelo, in the absence of gay coaching, gay men look for partners to compensate for their weaknesses and create co-dependencies that result in anxieties and breakups down the road. It is a vicious circle that can last a life-time.

By looking in the mirror and getting clarity about goals, values, strengths and weaknesses a gay man who you wants to settle down in 2013 will be able to quickly identify the psychological blocks that prevented him from finding love in the first place.

Angelo's coaching program is available exclusively for gay men over 40 by going to his website at http://www.PaulAngelo.com and joining the matchmaking club.