GoldMoney's Podcast on Inflation and Hyperinflation

Goldbuzzer is proud to announce that the exclusive GoldMoney podcast on inflation and hyperinflation recorded on 20 March 2013 is now available to the wider public. 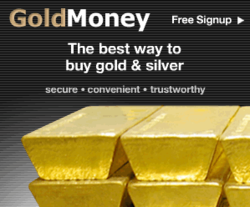 On behalf of the GoldMoney Foundation, Andy Duncan interviews Michael McKay on the eve of the Austrian Economics Research Conference 2013. This vibrantly intellectual event is being hosted at the Ludwig von Mises Institute in Auburn, Alabama.

Andy and Michael discuss Cyprus and what it may means to individual property rights, the euro project and the future nature of money. They then discuss a few of the ideas and concepts that will be the focus of some lectures at the Austrian Economics Research Conference 2013. McKay considers whether hyperinflation can happen and the current global fiat currency architecture.

The brand new podcast on inflation and the possible hyperinflation scenario is available at GoldMoney.com.
All previous GoldMoney podcasts are on GoldBuzzer's gold investment news catch-up page.