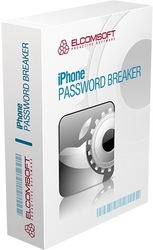 ElcomSoft is looking forward to testing its software on the upcoming NVIDIA Tesla (S2050/S2070), which will be available in Q2/Q3'2010, as well as NVIDIA's Next Generation GPU architecture code named Fermi, which is claimed to surpass anything announced by NVIDIA's competitors.

The tool recovers the original plain-text password protecting iPhone and iPod backups. Advanced dictionary attacks with a wide range of permutations are available to speed up password recovery even further. Elcomsoft iPhone Password Breaker does not require Apple iTunes or any third party software to be installed.

Supporting GPU acceleration technologies offered by both major GPU manufacturers, ATI and NVIDIA, ElcomSoft offers the fastest and most cost-efficient wireless security audit solution on the market. The support of the latest ATI hardware makes Elcomsoft Wireless Security Auditor the most powerful and the most cost-effective Wi-Fi password recovery solution currently available on the market.

Founded in 1990, ElcomSoft Co.Ltd. develops state-of-the-art computer forensics tools, provides computer forensics training and computer evidence consulting services. Since 1997, ElcomSoft has been providing support to businesses, law enforcement, military, and intelligence agencies. ElcomSoft tools are used by most of the Fortune 500 corporations, multiple branches of the military all over the world, foreign governments, and all major accounting firms. ElcomSoft and its officers are members of the Russian Cryptology Association. ElcomSoft is a Microsoft Gold Certified Partner and an Intel Software Partner. More information at http://www.elcomsoft.com/